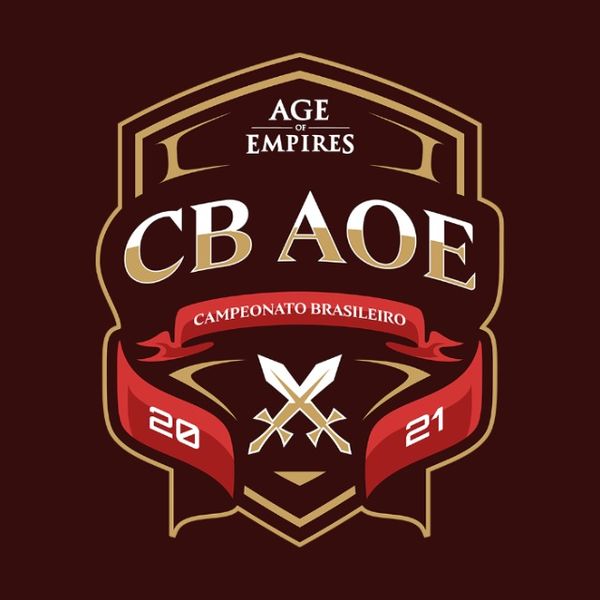 Campeonato Brasileiro 2021 - 1st Edition (Brazilian Tournmanet 2021) is an Age of Empires I Definitive Edition 3v3 tournament. Players are mostly Brazilians, but foreigners are welcome to participate. Within the 39 registered players, there are a few players from Mexico, Peru and Paraguay. Teams are assembled by the organizers to achieve some balance that allow the tournament to be competitive and fun. The most experienced players, for example, are put together with beginners.

Server Region: South Brazil
Map Size: Huge (6 Players)
Reveal Map: Normal
Population Limit: 250
Resources: Default
Starting Age: Default
Victory Type: Conquest. In the exceptional case in which a draw happens (both teams gave up on attacking and no resources are left in the map) the organization team will talk to the two teams and suggest victory for the team with the largest number of deaths in the match.
Difficult Level: Hardest
Speed: Fast (1.5)
Shared Exploration: Yes
Team Together: Yes
Lock Teams: Yes
Lock Speed: Yes

For each dispute among two teams, there are three rounds of picks and bans for maps. The team that will start the map decision will be decided upon consensus among the two teams or by a random number generator. Let's call these two teams A and B.


The map types that will be played are the following:

In the group stage, 6 or 9 civilizations can be used for each team (2 maps, if it's two victories for one team, or 3 maps if it's 2x1). In the final stage, if there is a need to play all 5 maps, all 15 civilizations in the game should be used. Civilizations must be chosen alternately between teams, starting with the opposite team that initiated the map pick. It is not necessary to point out the player who will use civilization, just what was the choice.

As you can see, both teams had players choosing Choson. There is no problem. In the next two matches (best of 3) or four matches (best of 5) no other player for any of the two teams will be able to pick Choson.

Restart
There will be no restart. In the case of a map WITHOUT ANY GAME CONDITIONS, seek the judge / narrator for evaluation. An example of such tragic game would be a map with zero food, or an island with zero wood.

Bugs
The bug of deleting ruins is prohibited, except in cases where the ruin is located within the player's own base and it hinders locomotion or resource harvesting. (ex: ruin next to the town center, and ruin inside the fruit.)