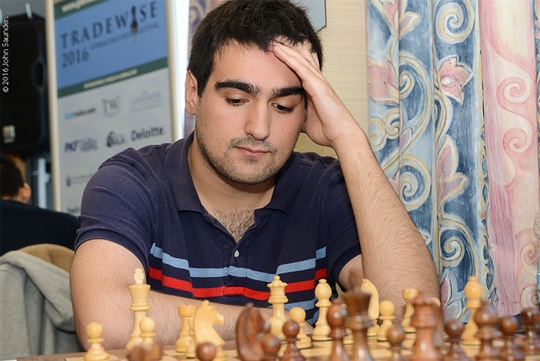 Fedex made his first steps playing Age of Empires II in 2003, during the last days of Zone. At the age of 11 he joined the ReBel clan.[1] In 2009, after several years of inactivity, he came back playing with friends as a member of Clan Nerd. Once Voobly started in 2010, he joined the Argentinean clan Arg and started to play his first tournaments.

In early 2012 he joined the zZ clan together with, ElMago, JuanNNN, Monoz, and Nicov. The following year he had his first 1v1 tournament success when he finished runner-up in Masters of Arena 2. In 2014 he participated in the first SY Nations Cup, in which his team (playing with JuanNNN, Gary, PaTiN, and Nicov) became third – the best result of an Argentinean team until today.

After finishing second in the Argentina National Chess Championship in 2015, he took a break from Age of Empires II to focus on playing chess tournaments and become a professional player. However, in 2017 he came back to participate in the first Argeking Cup, in which the placed third. In Argenking Cup 2 and Argeking Cup 3 he became runner-up, losing both Finals against Nicov.

Having had a break in the first quarter of 2021, he returned to the game with a strong performance, eliminating Nicov in King of Americas 2 and ultimately finishing in the 4th rank, first losing in close series against Capoch in the Semifinals and later also losing the 3rd place decider against LaaaaaN.

Purchases made using the retail links on this page may earn Liquipedia a small commission.
Retrieved from "https://liquipedia.net/ageofempires/index.php?title=Fedex&oldid=160726"
Categories:
Hidden categories: