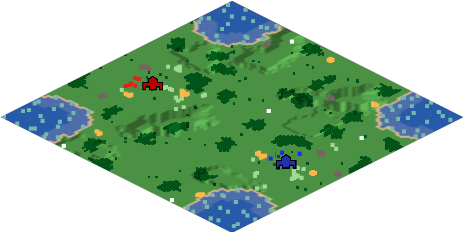 Four Lakes (before Definitive Edition known as Cross) is an Age of Empires II multiplayer map created by TheMadCADer.

The name Four Lakes derives from the fact that each corner of the map has a lake, while the name Cross describes the shape of the mainland between those lakes. Although both names describe the same map, they differ slightly from each other. It is a hybrid map, but it also allows to play as an open map in some circumstances.