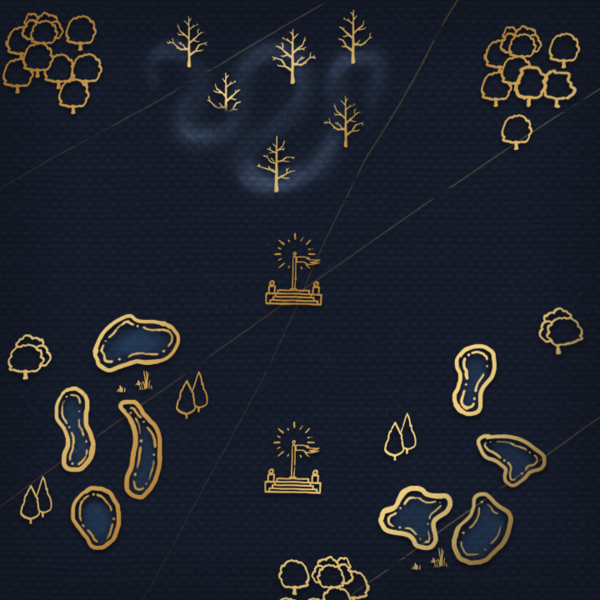 Frisian Marshes is an Age of Empires IV map created by Adne. The map was originally created for a mapping contest organised by Aussie Drongo, to which it received the third place after Holy Island and MirrorRandom. The map was originally named Frisia, but was changed after it was discovered that a similar name was already being used for an Age of Empires 2 map. Inspiration for the map came from a stream from Szalamii1, who suggested together with LidaKor that a map with several ponds would be interesting. Frisian Marshes indeed is featuring a couple of ponds that can be utilized for bonus food income.