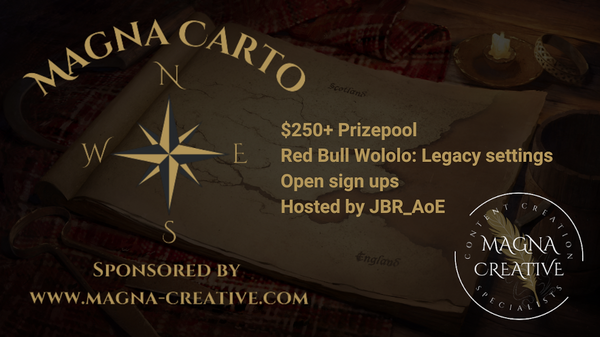 Magna Carto is an Age of Empires II 1v1 tournament hosted by JBR_AoE. The tournament is split into different divisions according to players' ratings. This page covers the top division, the "Two-Handed Swordsmen Division".

$250 USD are spread among the participants as seen below:
Place
$ USD
Participant

Enclosed
They had a problem during map draft, so they finished it manually. Margougou HMs: Arabia, Kawasan. Uzzi HMs: Frigid Lake, Morass