Bearer of the Heavens 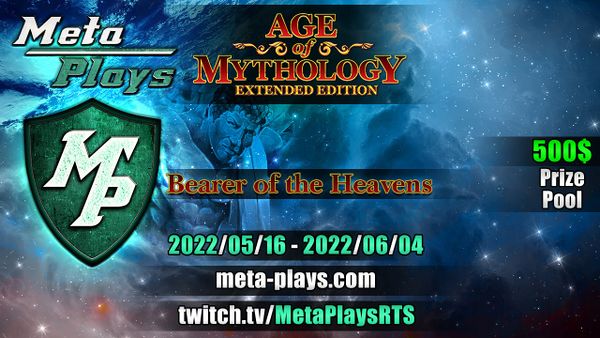 Bearer of the Heavens (abbr. BotH) is an Age of Mythology 1v1 tournament. It is the last event of the Meta Plays Season 2 and is managed by fophuxake.

$500 USD and 5,000 Meta Plays Ladder Points are spread among the players as seen below:

Tundra
Game 5 crashed and had to be restarted.