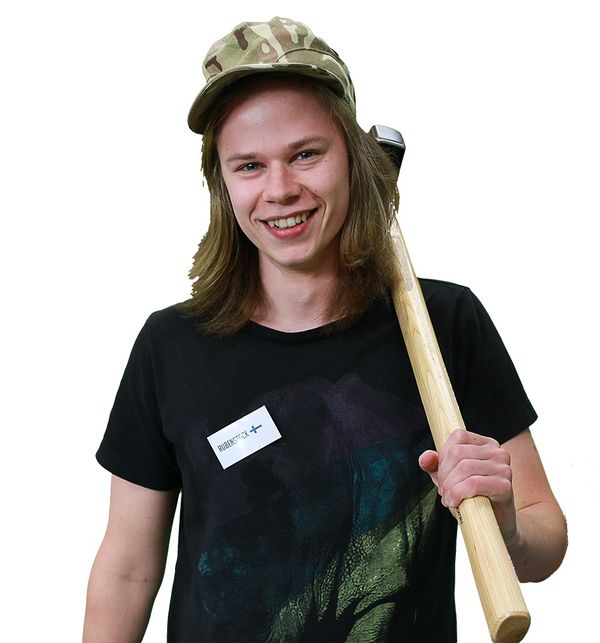 Rudi "Rubenstock" is a Finnish Age of Empires II player who is currently playing for Suomi.

Rubenstock is a player known for his chaotic and unpredictable style of play, choosing to fight with villagers, town center dropping opponents, and walling in their resources. He engages mainly in team-game and deathmatch competitions over 1v1 tournaments. Rubenstock is often compared to the likes of lyx, who fulfills a similar role for WWP as Rubenstock does for Suomi.

Suomi decide to send two teams of two players to the 2v2 World Cup, Rubenstock teaming with Zuppi in Finland B and TheMax forming Finland A with Villese. Finland B end second in their group and - due to tournament rules, to ensure a truly global knockout bracket - immediately face off against Finland A, which Zuppi and Rubenstock lose 1 to 3. Still during the winter months of 2020, Suomi (minus Zuppi and plus Deathmatch veteran TheCode, playing under the teamname "CodeFin") finish runner-up to QuEnDi in Winter's War, a team-game Deathmatch tournament.

Suomi start the 2021 teamgame season by facing off against other top teams in a series of 4v4 showmatches. They beat both White Wolf Palace and GamerLegion once, also losing once to White Wolf Palace. In February, Rubenstock is chosen as a team captain for Drunken Forest, a 4v4 Black Forest tournament. His team advances to the quarterfinals before losing 0-2 to team DauT. In a rare 1v1 tournament appearance, Rubenstock meets Hearttt in the Hidden Cup 4 Qualifier. Although he loses 1 to 3, this set exemplifies his chaotic playing style - in subsequent games, he tower rushes, town center drops, and wolf rushes Hearttt. In May, Rubenstock finishes "in the money" in the Death Match World Cup 4, then places second with Suomi in the World Desert Championship. Afterwards, he takes a break from the game for the rest of 2021, having no more (team-)tournament appearances.

Purchases made using the retail links on this page may earn Liquipedia a small commission.
Retrieved from "https://liquipedia.net/ageofempires/index.php?title=Rubenstock&oldid=254119"
Categories:
Hidden categories: