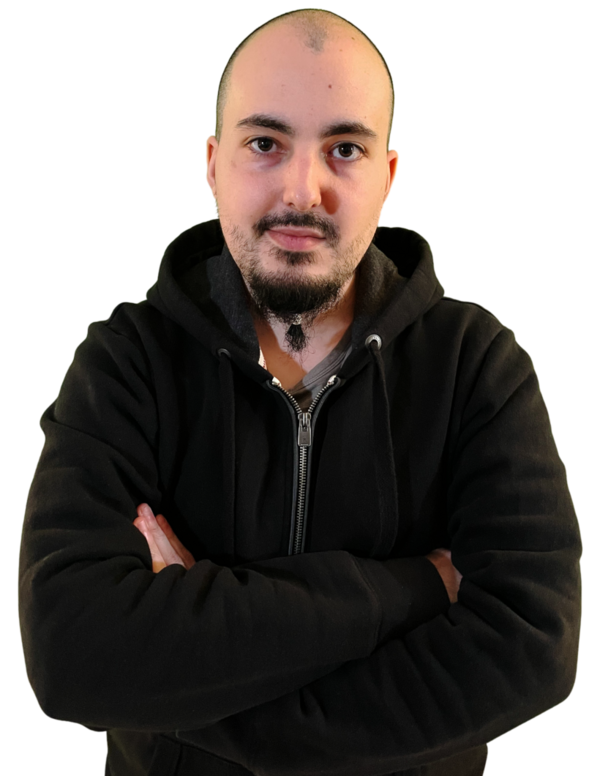 He is also a retired professional player of Warcraft III, Starcraft II and, Heroes of the Storm.

He started playing Warcraft III with the Undead race in late 2006. In late 2008, despite being very young, he gained moderate notoriety after finishing second in WCG Spain (losing to his brother LucifroN in the final). During 2009 and early 2010, his online performances in ZOTAC Cups, WC3L and SteelSeries Cups and the qualification for ESWC 2010, BlizzCon regionals 2009 and 2010 gained him notoriety as one of the best European players. His biggest result in a big tournament was a top 5/6 in the Warcraft III BlizzCon European regionals. He retired in late 2010 to focus on Starcraft II

VortiX had a strong start to his professional starcraft career in early 2011 he became the first Spanish SC2 champion, even so however during his first 2 years or so he only participated in small events as he prioritized his studies. From mid-2012 to late 2013 he had several solid international results including 2nd place at the 2012 World Championship Series Europe. His greatest success came in 2014, winning the Vasacast Invitational 2014 and then advancing to the 2014 WCS Season 1 Europe. With his strong consistent results in 2014, he was considered in the picture for Best Foreigner alongside Snute and Scarlett. However, towards the end of 2014, he retired from SC2 to Focus on Heroes of the Storm. He did make a brief comeback in 2016 to SC2where after only two weeks after his official comeback, he managed to qualify for WCS Winter Championship with wins over several strong players of the time, however, this comeback was only brief before he would soon quit the game again to focus on his studies.

In August 2014 he started to play Heroes of the Storm during its alpha stage, joining team El NeXo with his brother which later became Team Liquid. His team had several strong results in the European region including a top 6 at the 2015 European Championship. He played with team liquid until 2016 when he retired from competitive play in 2016 to return to profesison Starcraft II.[1] He returned to Heroes June 2017 when he joined Bushido eSports a team created by his brother "Ryo" and played until competitively until retiring again from heroes early 2018.

In January 2020, with the release of Warcraft III: Reforged, VortiX started competing in Warcraft III again. Soon after his comeback he was crowned Spanish champion in the ESL Masters Spain. Throughout his first year after his comeback he managed to earn multiple top positions in the three seasons of ESL Pro Tour 2020, gaining him a spot for the 2020 Dreamhack European Championship where he finished top 2 of Europe's 2020 circuit.

With the release of Age of Empires II: Definitive Edition in November 2019 he started to play casually and was able to reach an Elo Rating above 2000, however, he never competed professionally in AoEII:DE, later switching to AoEIV on its release.

VortiX started playing Age of Empires IV during its Beta stage, well before the game's official release date on October 28th, 2021. During the last closed beta, he showed his early dominance as he was the number two player in the closed-beta leaderboard ranking, only second to his own brother LucifroN.

On November 6, 2021, VortiX played in the Genesis Qualifier, AoE4's first big S tier tournament. He qualified for the main event by defeating JorDan_AoE 2 to 0. During the entire qualifier, VortiX did not lose a single game played during the entire 512 player qualifier. After he won 3:1 against Kasva in the quarterfinals, his journey ended in the semifinals - losing 1:3 against TheMista.