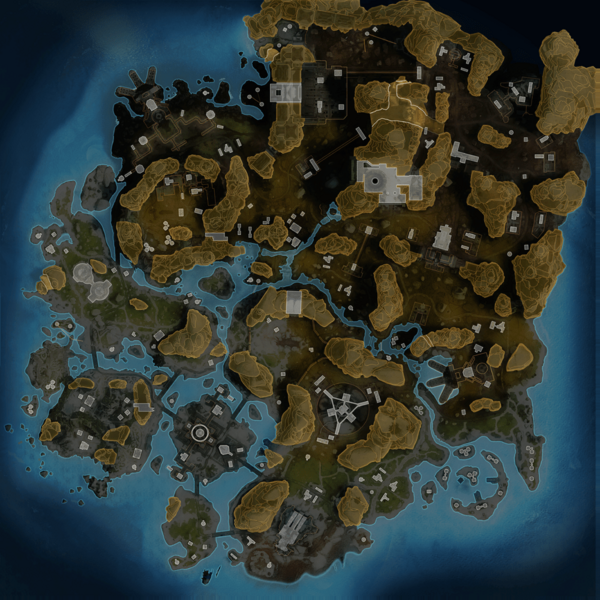 Storm Point is a map released in Season 11 located on the planet Gaea.

This deserted island wasn't always so deserted. Part of the New Antillia Archipelago, this beautiful island teeming with plentiful resources was one of the first places where early IMC expeditions made landfall on the planet Gaea. However, the area was isolated and beset by tropical storms. A permanent settlement was established on a nearby coastline – today known as the city of Suotamo – and power-generating storm catchers were built on Storm Point to meet the growing city’s energy needs.

When the IMC pulled out of the Outlands, the storm catchers fell into disrepair. Eventually, one finally stopped working – but not on its own. It had been pulled down, and its absence exacerbated the storm that surrounded the island. A survey of the area revealed the remains of several unique settlements built across the centuries, but no survivors. The people of Gaea abandoned the island for many years, apart from the occasional scavenger or pirate group that attempted to loot what was left behind. Until, of course, it caught the eye of the Mercenary Syndicate, who saw it as a perfect location for the Apex Games.

Locations in bold are marked on the map screen. Non-bold locations' names can only be seen in the top-left corner of the HUD when entering these areas.