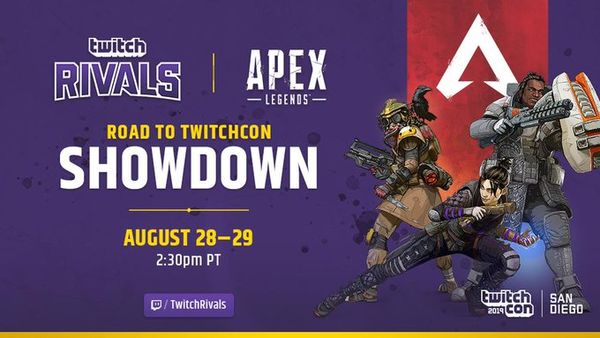 Twitch Rivals: Apex Legends Road To TwitchCon Showdown is an online competition, featuring 120 invited streamers from Europe & North America. Participants will compete as teams of three (3), in their respective region, across eight (8) custom matches for $50,000 & a trip to TwitchCon San Diego!

This competition will feature 60 players (per region) competing as teams of three (3) in eight (8) custom matches.