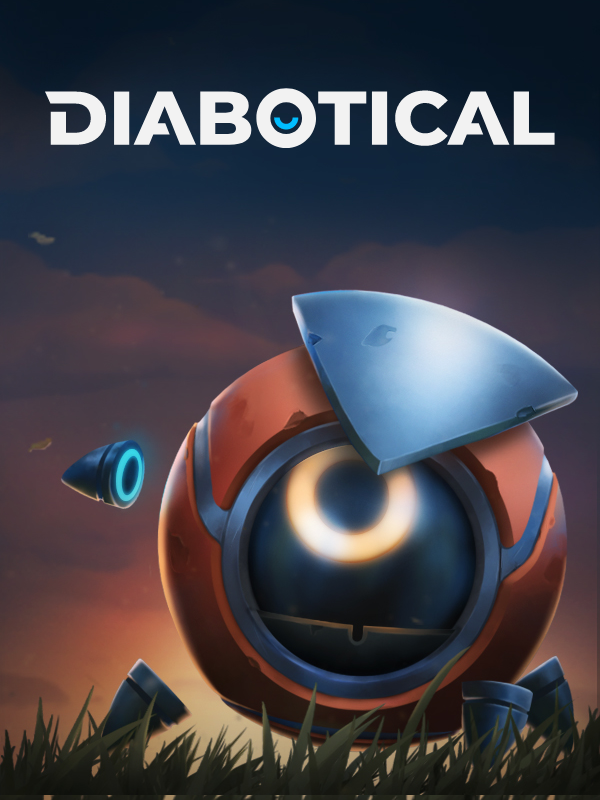 Diabotical is a fast-paced multiplayer arena FPS game developed by The GD Studio whose staff includes former Quake and esport professionals. It was Kickstarter funded in August 2016 with a release date for Summer 2017. Then late 2017. Then 2018. Then February 2019. Then simply 2019. Finnally released on August 34/September 3 2020.

During gameplay, players can pick up armor, weapons, power-ups and health pickups. Eggbots do not regen health on their own. 8 weapons were available at launch. Shaft, Rocket Launcher, PnCR, Melee, Crossbow (Wee-Bow), Grenade Launcher, Machine Gun and Shotgun

Adrenaline-fueled game modes are available for all kinds of players, whether it's head-to-head dueling, objective-based team-play, free-for-all carnage, or something completely different, like time-based racing, or even a custom mod by a community member. Game modes include TDM, FFA, CTF, Duel, Clan Arena, MacGuffin, Aim Arena, Extinction, Wipeout, Freeze Tag(WIP) and Race. The game will have plenty of maps but players will be able to create new ones with its own feature filled Map Editor.

For the esport experience, the game features matchmaking, Ranked Queue and Tournaments.

The game was created using a custom built in-house game engine. Diabotical supports modding, player created maps and features loads of customization options. In game purchases are cosmetic only, so no pay-2-win options are available. On top of skins. players can also unlock stickers, voice chips, animations, taunts and more, making your bot unique to the player. The game encourages players to 'bUrself'.