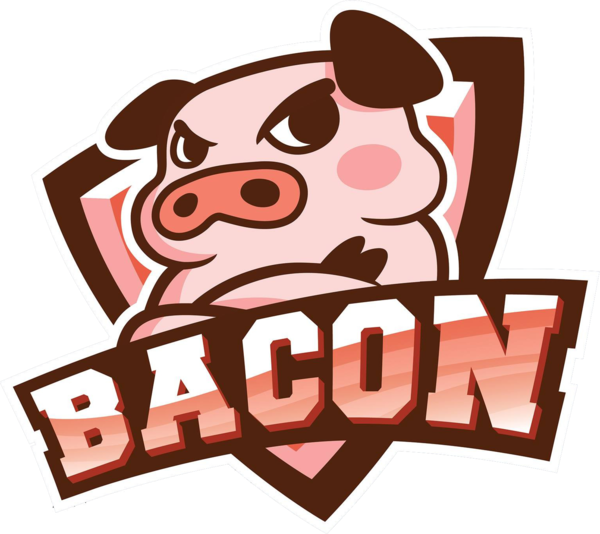 Bacon Time is a Thai Esports organization known for their Arena of Valor team. In November 2019. Ampverse, an Esports Rights & Gaming Media Company based in

Singapore has acquired the ownership.

In 2017 the team was able to win multiple championships such as the RPL Season 1, while becoming 3rd in Season 2.

During Season 3, the team split to join other teams and came back together half a year after, while not having a slot franchise partner to participate in Season 4 and therefore being forced to play in the professional league’s subdivision hosted. During being in the subdivision the team has played under the name of BEBEC.

In November 2019. Ampverse, an Esports Rights & Gaming Media Company based in

Singapore has taken over the team.

During August 2020, the organization acquired a Free Fire team, namely Wisdom Esports, who have been 3rd placed in the league. Additionally the former Bazaar AoV Squad, excluding Erez have joined the organization under the name of Bacon Dream, which serves as academy to the main team.