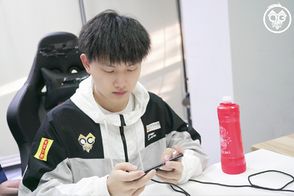 Peng "Fly" Yunfei is a Chinese player who currently plays for Wolves. He is a popular player in KPL, by getting many awards from Honor of Kings tournament, such as: KPL FMVP 2017, KCC 2017 FMVP, etc. To honour his performance, Tencent had decided to make his own FMVP skin. His first FMVP skin is Hua Mulan.

Fly is one player in QG Happy who has stayed with the team for a long time, sing KPL 2017 Spring. He has been starting to play Honor of Kings since 2017, at that time he was only 17 years old. His signature champions were Guan Yu, Luna and Hua Mulan at that time. He was really well known as China Best Hua Mulan Player, so that's why there's a FMVP skin after Honor of Kings Summer Champion Cup 2018 has finished.

Fly also has set his own record for getting 1,000 overall kills in Honor of Kings Professional League on April, 5th 2020 during King Pro League Spring 2020.

Fly's homeland is Chongqing, so the home stadium for QG Happy is Chongqing (also know the name tag as, Chongqing.QGhappy).