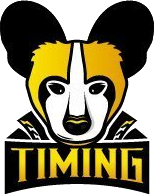 Team Timing is a professional Korean team. They were previously known as DragonX and KING-ZONE DragonX.

In January 2018, Kingzone acquired the roster of Longzhu Gaming and re-branded the roster as Kingzone DragonX.
In October 2019, the team's name was changed to DragonX before Clash Royale League 2019 Fall.
In February, 2020, the DragonX team was rebranded as Team Timing.