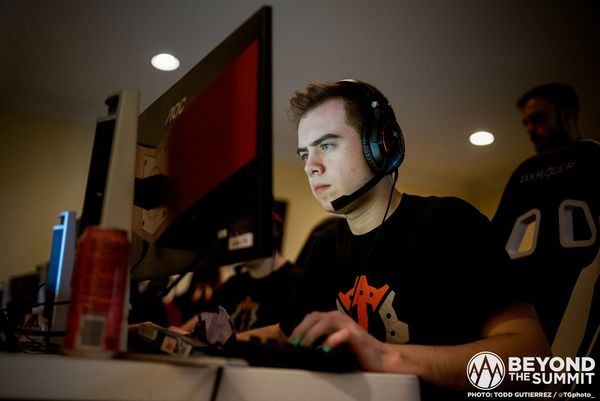 AZK was one of 7 individuals permanently banned from Valve events on January 26, 2015, for participation in the North American match fixing scandal. This ban was made permanent on January 5, 2016. [1]

On July 24th, 2017, AZK, along with his former teammates, were unbanned from ESL tournaments. [2]

Keven got his start in CS:GO with Team Dynamic, during Season 12 of ESEA. This team consisted of many members from the Dynamic's Counter-Strike: Source team and had much success in the post CGS era of CS:S, including a second-place finish against VeryGames at DSRack #3. After serving on Dynamic for some time, AZK joined Team Curse, which would later form into iBUYPOWER. Since then, AZK has won two ESEA titles, as well as one CEVO title.

Follow his lifetime ban in the North American match fixing scandal, AZK briefly delved into coaching before converting over to professional Overwatch. After being relieved of his lifetime ban from ESL, DreamHack, and ESEA tournaments, AZK returned to Counter-Strike to compete with his former teammates in GX and Torqued, until the team disbanded in mid-2018. AZK has retired from the Counter-Strike scene since then and has moved on to other esports such as VALORANT.

Purchases made using the retail links on this page may earn Liquipedia a small commission.
Retrieved from "https://liquipedia.net/counterstrike/index.php?title=AZK&oldid=1879427"
Categories:
Hidden category: