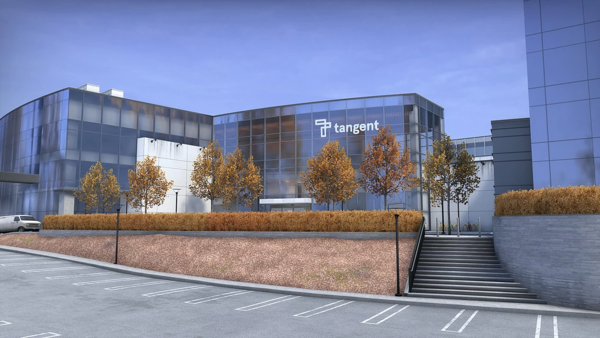 Breach is a bomb defusal map introduced to the game in the 31th July, 2019 update, and was created by Puddy and Yanzl.

Breach started as a bomb defusal version of the popular map Agency, but has later transformed into a completely new map with its own layout and theme. It still shares a lot of DNA with its predecessor, making it a spiritual successor of sorts.

Once the layout and design was completed, Puddy invited Yanzl to the project handling with the art assets and environment art of the map.
The theme changed from the offices of a law firm to a full corporate campus, complete with multiple buildings, offices, conference rooms, cafeteria and a big slide.
The map strives to push the graphical limits of the Source Engine while still having the same performance as the latest official CS:GO maps.

Breach was published on 1th January, 2018 in the Steam Workshop, 8 months later on 15th October, 2018 was introduced to the Faceit Mapcore HUB map pool where players could play it with a matchmaking system for the first time.

On 31th July, 2019, Valve released an update introducing the new "Scrimmage" mode, which is basically a Competitive mode that doesn't affect your Competitive Rank, this mode was featured with 3 maps, Breach was one of them.

Tangent corporate campus has been targeted by a team of ruthless saboteurs. Their goal: destroy critical infrastructure.