At a local LAN in northern Sweden, a 16 year old Björn Wall first noticed Counter-Strike. The year was 2001, and the young Swede was just about to begin what would be an eventful Counter-Strike journey.

The origin of Björn's nickname was from one of his first teams, where he was called Bullen ("The Bun") by his teammates. What team it was it's not really important since Bullen didn't hit the spotlight until he joined the team come as You are (caYa) in the middle of 2003. This team played a lot online, and were known for being "internet heroes". It's quite fun to see that Bullen was once considered an onliner, as he became a world class LAN player with lots of achievements at international events.

The people who considered him being an onliner were disproved rather quickly, as caYa won the Stockholm LAN Reunion Esport Challenge after a grand final against the then-known team A-Laget.

At this point, Bullen earned a spot in the Swedish national team together with people who would achieve greatness, just like Bullen did himself. It was the beginning of 2004, and Bullen was voted onto Sverigerankingen ("The Swedish Ranking"), a ranking based off of votes from Swedish high tier players. For the first time, he was considered one of the best players in the nation. He stayed on the leader boards for almost two years, with second place as a personal best.

These former teams were relatively small compared to what happened in 2004. In February, the owners of the gaming center spiXel formed a squad that would become an international threat.

Besides Bullen, the team had Petter "iLight" Arvidsson, Per "crypt" Fredriksson, Daniel "hyber" Isaksson as well as Bullen's future brother-in-arms Dennis "walle" Wallenberg. This team, with a bunch of player swaps on the way, managed to make spiXel a name associated with top finishes. The biggest achievement was at ESWC 2004, where they placed second after a grand final loss against The Titans (whiMp, KK, eGene, Eraz and Drally) in a narrow 11-13 game. 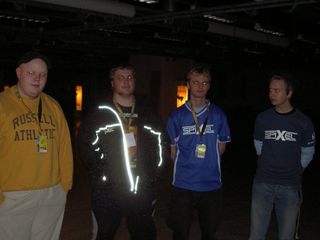 ESWC wasn't the only success though. They also won SEL Season 6 and OsloLAN, and at the Norwegian event they managed to beat the legendary team NoA (XeqtR, elemeNt, method, knoxville and the stand-in ahl) with 2-0 in maps. In the Swedish tournament Nollelva spiXel finished third over teams like NoA, Eyeballers, Gamers.nu and Virtus.pro, a performance worthy of attention as well.

But all things come to an end, and spiXel gradually lost activity. During this period, Bullen and walle were offered to follow Eyeballers (vilden, GudeN, archie) to Dallas to play CPL Winter 2004 as stand-ins. The duo gladly accepted, and Bullen took off on the journey that would be the peak of his career.

Eyeballers had won CPL's summer edition the very same year, and even though they had swapped two players, they were considered the winter tournament's favorite. As a warmup for the Texas event, Eyeballers won DreamHack Winter 2004 without any problems.

Prior to CPL Winter 2004, Eyeballers were featured in an article for the Swedish newspaper Expressen. This was not very common at the time. The article had the headline "The Kings of Counter-Strike", and Eyeballers were treated like world champions. There's really no reason to complain about that title, as they had won the previous CPL event. Amongst information about esports and Eyeballers, one could read about the team's goals: "To place in the very top at all the tournaments in 2005, and winning CPL this weekend". 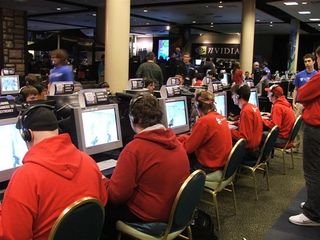 The highlighted weekend came, and it was time to play the most anticipated tournament of the whole year — CPL Winter. Everything went according to plan for the Swedes. The tournament was played with double elimination brackets, and Eyeballers reached the grand final via five straight wins. In these five matches they only lost 26 rounds, which gave them a superior 16-5 average result. However, despite coming from the winner's bracekt, they fell in the grand final against the norwegian-american NoA with the AWP-superstar Griffin "shaGuar" Benger leading the team.

Approximately a month after CPL Winter, Bullen and walle became official members of Eyeballers, which put the final nail in the spiXel coffin. However Eyeballers run with with the duo as official members was no walk in the park. After being forced to swap players, crashed out of RixHack and failed to qualify for ESWC, things went south. They went to Spain and GameGune 2005 hoping for the cold streak to end, and it actually went okay.

At this point, the lineup for the team had changed completely — walle had left for mTw, Christian "vilden" Lidström had gone to NiP and Fredrik "GudeN" Fransson had gone inactive. Instead of these three gentlemen, Eyeballers had recruited Patrik "cArn" Sättermon, Harley "dsn" Örwall and Conny "Zad" Ryderholm.

A third place finish in Spain made for a brighter future for the team, but soon they showed a disappointing performance at the WEG qualifier. After that, the squad went inactive, and Eyeballers called quits soon thereafter. 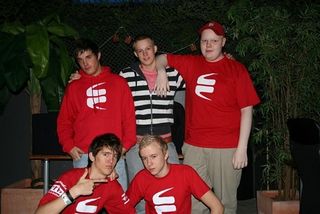 More than a year passed without Bullen playing any official games, but eventually, we saw a comeback. Together with walle, Emil "HeatoN" Christensen, Jonathan "miniw" Wallenberg and norwegian Øyvind "KF3" Magnestad Ninjas in Pyjamas was revived - a campaign which drew a lot of attention, but had a terrible result.

The team only played one LAN tournament together, and that was with Niklas "niko" Johansson as a stand-in for KF3. The tournament was the Swedish SEC qualifier, which only had SK Gaming, Fnatic and Ninjas in Pyjamas in its participant's list. NiP were completely run over in the tournament, and instantly the team chose to make changes — Bullen and KF3 were let go.

To soften the blow a bit, the Norwegian player expressed that he was surprised to see Bullen getting kicked, as he thought he was the best player in NiP.

"I hope that Bullen continues. I have no idea why he had to leave, because to me he was the best. I haven't talked to him since he was kicked though, so I don't know what his plans are"
Øyvind "KF3" Magnestad ()

This was no help for Bullen's Counter-Strike career, as this is where it ended. A little more than a year later, he was diagnosed with leukemia, also known as blood cancer. Three years later, in August 2011, Björn "Bullen" Wall lost the battle against his cancer.[1]