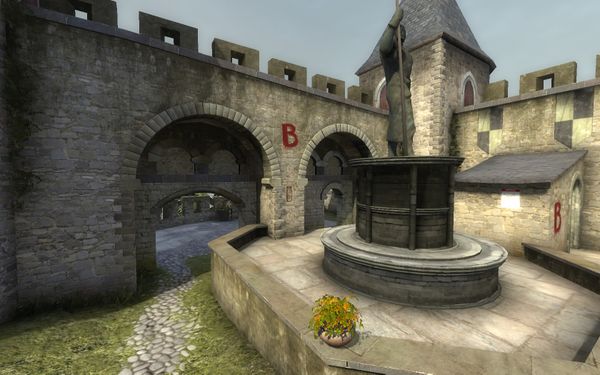 De_cbble was originally created by Dave Johnston, who also created Dust and Dust II. The map was originally called de_cstle and was always intended to be set in a castle, but de_cstle was scrapped in favor of the redesign that became de_cbble. [1] It was introduced in Counter-Strike Beta 6.5. Memorable competitive moments on de_cbble include SK.SpawN's attempted ninja defuse against Ninjas in Pyjamas at CPL Winter 2005. [2]

The remake for CS:GO was released on December 18, 2013 along with Overpass with the Winter Offensive update. In remaking the map, Valve focused on opening the map up and adding more strategic options for site takes and retakes. [3]

The first professional CS:GO tournament to feature the map was ESL One: Cologne 2014, where it was played 6 times, including in the grand finals.

Counter-Terrorists: Prevent terrorists from bombing Lord William's country farmhouse. He has been the target of assassination in light of recent government proposals.

Terrorists: The Terrorist carrying the C4 must place the bomb at one of the two bomb sites around the map, thereby killing Lord William and severely damaging his home. 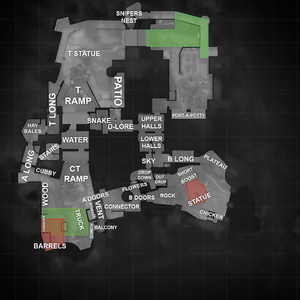