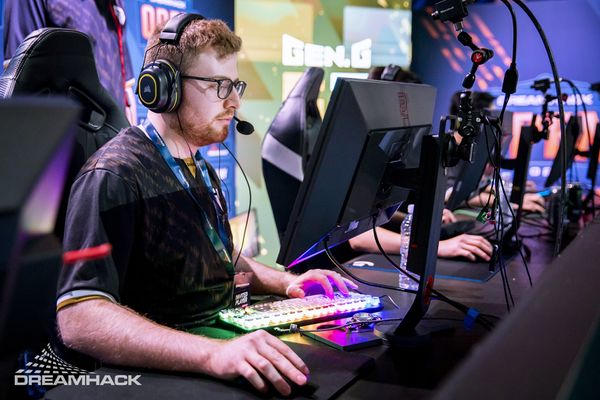 daps has always been an in-game leader on every team he's actively played for, most notably Team Liquid, OpTic Gaming and NRG Esports. The only team he wasn't the in-game leader on was Splyce, where he stood in for in David "DAVEY" Stafford, until the organization announced DAVEY and Enkhtaivan "Machinegun" Lkhagva's removal from the team.

daps joined NRG Esports in December of 2016 taking over Fatih "gob b" Dayik's place, as the German trio at the time wished to return to Germany and form BIG, with Vincent "Brehze" Cayonte and Edgar "MarkE" Jimenez also replacing Nikola "LEGIJA" Ninic and Johannes "tabseN" Wodarz respectively. He would join the team, on top of very underwhelming results, and this pattern would continue moving forwards. In October of 2017, daps decided to try coaching and would become the coach of the team, resulting in Dylan "RIKO" Sabin-Arnce taking his spot and trialing for the team, while Jacob "FugLy" Medina took over as in-game leader. The roster changes were reverted a month later due to continuous poor results, resulting in RIKO's trialing being unsuccessful and daps returning to the active lineup. The roles were also reverted back to how they were before RIKO joined and daps had stepped down to become the coach. daps continued to be NRG's in-game leader for the next 19 months, helping to make NRG one of the best squads in North America. His tenure came to an end in 2019 as the team replaced him with former OpTic Gaming and Complexity Gaming in-game leader Peter "stanislaw" Jarguz. After a brief period on the bench, daps was acquired by Cloud9 to lead their revived CS:GO team after they parted ways with the majority of their roster. The Cloud9 core, consisting of him, autimatic and koosta was later acquired by Gen.G Esports to form their roster. The squad went on to win DreamHack Open Anaheim 2020 before the online era of play kicked in March that year. Strong performances in ESL One: Road to Rio - North America and cs_summit 6 Online: North America helped them stay at the top of the Regional Major Rankings for the North American region. daps stepped down from the team in September, citing internal team issues and the busy schedule of online play as reasons for the decision. [1] In October 2020, he was signed by NRG and joined their VALORANT lineup. [2]

Purchases made using the retail links on this page may earn Liquipedia a small commission.
Retrieved from "https://liquipedia.net/counterstrike/index.php?title=Daps&oldid=1879924"
Categories:
Hidden categories: