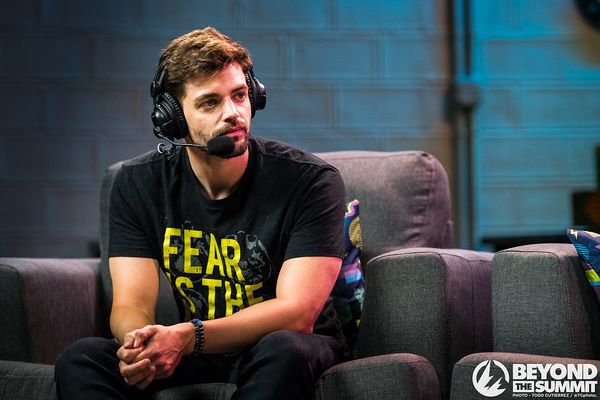 Daniel "ddk" Kapadia (born May 11, 1988) is a popular CS:GO caster and former professional QUAKE player from the United Kingdom. James Bardolph is his usual casting partner.

Before Daniel 'ddk' Kapadia started his career as a caster, he was a prolific British Quake player in the third installment of the game, representing the then legendary 4Kings and Team Dignitas, alongside players such as 2GD, and played for the UK national team. His most notable results are a 5/6th place in CPL Singapore and a 4th place in EPS UK II.

After his Quake 3 career ended, he started to focus on educational Quake videos. He was quickly picked up by FACEIT TV, in its early day, to cast the Quake Live Sunday Cups. After years of hard work in Quake, the transition to CS:GO came, together with FACEIT itself. Starting slowly, casting events such as the monthly FACEIT Championship and Mad Catz Championships.

From there, Daniel became one of the faces of FACEIT TV, later joined by his partner-in-crime James Bardolph. The duo now represent one of the most recognizable faces of CS:GO, commentating events such as the FACEIT League Season Finale at DreamHack Winter, several StarLadder and DreamHack events and the ELEAGUE Road To Vegas, among many other events.