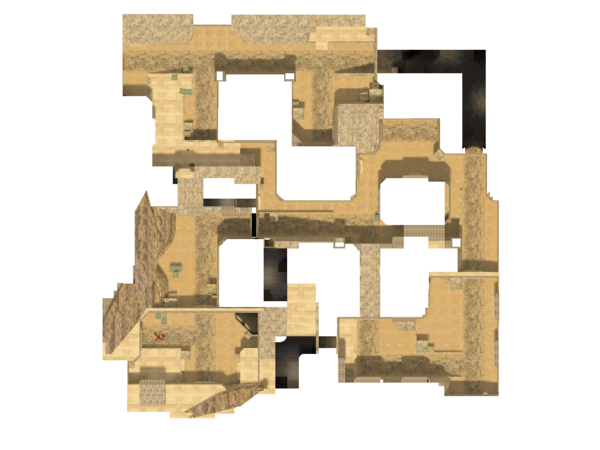 For more strategical information, see Dust 2/Guide. The Counter-Terrorists have two objectives: to prevent the Terrorists from planting the C-4 at either of the two chemical weapon stashes (Bombsites A or B), or to defuse the bomb after the Terrorists plant. The map appears to be based in the Middle East, similar to its predecessor Dust. Dust2 is arguably the most popular and played Counter-Strike map and perhaps the iconic map of the franchise.

While David Johnston's Cobble was considered by some as a spiritual successor to the original Dust, he wanted to create a true "sequel". During alpha and beta stages, the map was titled Dust 3 "on the basis that the third installment of any movie trilogy is typically never as good as the first one". Before launch, however, Jess Cliffe advised DaveJ to change the map's name to a far more sensible Dust 2.