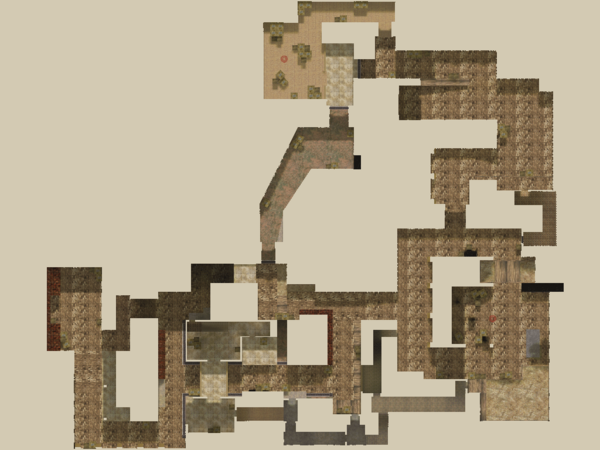 Terrorists are attempting to blow up two critical gas pipelines through part of a small village. Counter-Terrorists: Prevent the terrorists from destroying the pipelines.

Other Notes: There are 2 bomb sites in this mission.

The map was built by Chris "Barney" Auty. It was likely to be an abounded residence and the time is set in the evening.

The map was edited by Valve Corporation. Some elements were added such as lamps and the theme is changed to a village setting. The time is set at noon.