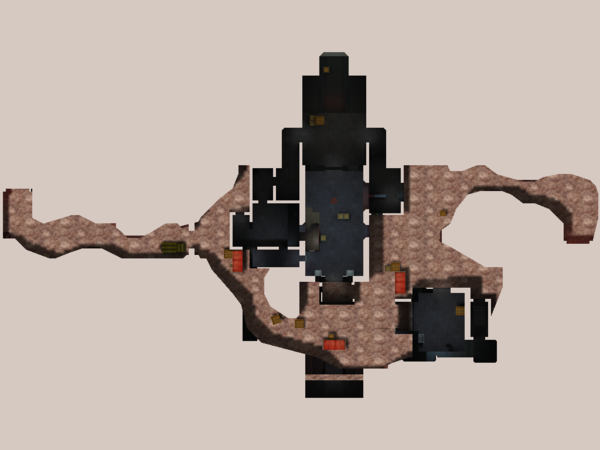 Counter-Terrorists: Prevent Terrorists from bombing the nuclear reactor. The reactor can be targeted from above and below. Team members must defuse any bombs that threaten targeted areas. Terrorists: The Terrorist carrying the C4 must destroy the nuclear missile.

Other Notes: There are 2 bomb targets in the mission.

de_nuke consisted of an abandoned facility responsible for guarding a nuclear missile and had its security breached by the Terrorists who had intentions in destroying the area. Meanwhile, the Counter-Terrorists were ordered to protect the building at all costs by either eliminating the enemy or defuse the bomb.

Generally, the map reused the sky and the desert textures from the Half-Life level "Surface Tension". Elsewhere, the integrity of the facility contained textures from multiple maps originating from Half-Life.