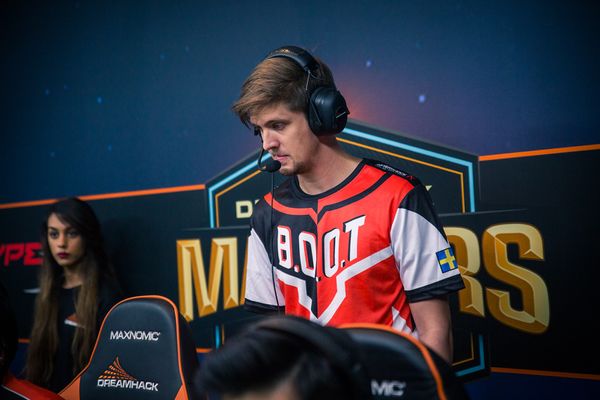 Harley "dsn" Örwall (born May 15, 1986) is a Retired Swedish professional Counter-Strike player and Counter-Strike: Global Offensive coach. He is currently the Chief Gaming Officer of Paper Rex. He was previously a player for Fnatic for just under six years, playing from October 2005 to September 2011. [1]

After retiring from Counter-Strike, dsn went on to pursue a career in poker like many other former professional gamers have done such as shaGuar. He found some success but after some time felt that it wasn't worth it to keep improving as the poker scene became more and more competitive. Before being contacted to join B.O.O.T he was already living in Taipei studying Mandarin. His interest in the language and the city of Taipei came about while he was still playing for Fnatic as the team would occasionally go on PR trips provided by their sponsor at the time, MSI. In September 2016, dsn joined B.O.O.T in China and in March 2017 he became the coach of their newly acquired Singaporean team, known as B.O.O.T-dream[S]cape. Before stepping down to become the Chief Gaming Officer in April 2018, dsn was focusing on the team's teamwork which had been lacking in the region compared to competition in Europe. [2]