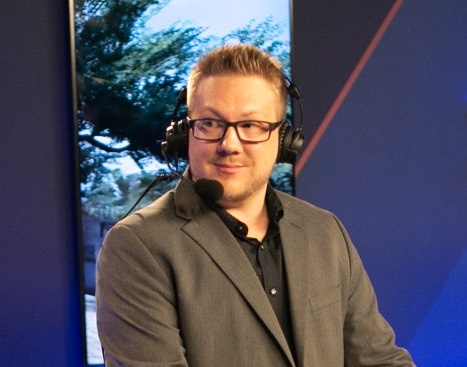 Dust started out in CS:GO working for ESEA tournaments and moved over to a color commentator and analyst role later on with CEVO. He continued on with CEVO in 2016 with their partnered Pro League with MLG and later Gfinity and worked at the CEVO Gfinity Pro-League Season 9 Finals. Since then, Mouret served as an analyst and writer for ELEAGUE Season 1 and continues to act as a commentator and desk analyst for events for Gfinity, Esports Championship Series, DreamHack, StarLadder, PGL, etc.