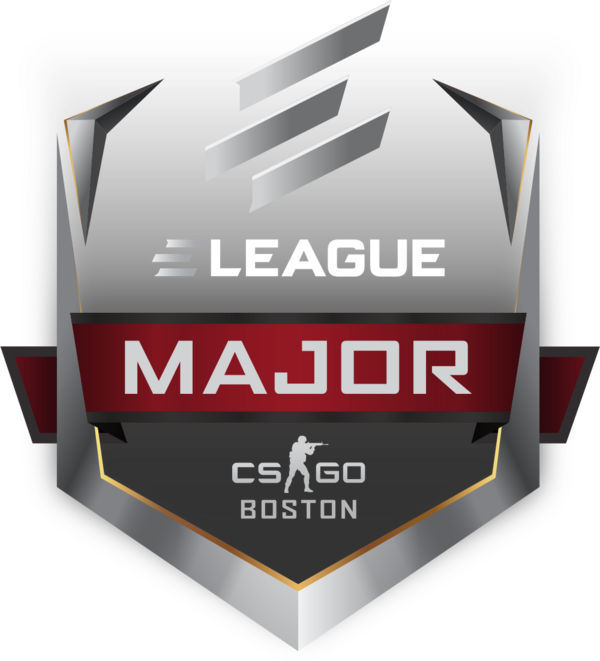 The ELEAGUE Major: Boston 2018 is the 12th Valve sponsored Counter-Strike: Global Offensive Major Championship and the first of two in 2018. The tournament featured a $1,000,000 USD prize pool as well as Valve's newly rebranded format and increase to 24 teams.

Following their success with the ELEAGUE Major: Atlanta 2017, Valve announced that ELEAGUE shall return to host the third CS:GO Major Championship in North America, to be held in Boston, Massachusetts. The event featured an expected prize pool of $1,000,000 USD, which was fought over by 23 teams.

A partially new format was announced by ELEAGUE & Valve on December 13th, 2017, which brought in the Offline Qualifier as now part of the Major Championship and rebranded all the stages of the tournament. The offline qualifier was named The New Challengers Stage, the group stage was renamed to The New Legends Stage and the playoffs to The New Champions Stage. This increased the number of teams at the Major Championships from 16 to 24, with all 24 teams receiving stickers. [1]

Note: No prize money is awarded to teams eliminated in the New Challengers Stage.

Andi as a coach. [14]
7 December 12th - 100 Thieves announce their acquisition of the ex-Immortals roster. [15][16]
8 January 12th - 100 Thieves announce their withdrawal from the Major due to "immigration issues". A replacement team will proceed to the New Legends Stage from the team(s) with the best 2-3 record(s) at the New Challengers Stage. [17][18]

seized returns to the active roster and

naSu is acquired by GODSENT. PENTA Sports also later announce that they have terminated the remaining player's contracts, who now go under the name of Seed. [28][29]
10 October 17th - Natus Vincere bench

peacemaker parts ways on mutual terms with TYLOO and is signed to Heroic as coach. [32]
13 November 26th -

zews must play for Team Liquid due to

steel being transferred to replace

stanislaw, but not being able to participate due to playing with Immortals in the Americas Minor Qualifier.
14 November 26th - Seed is acquired by Sprout,

peacemaker stands in for TyLoo as he was originally included in the roster before the November 10th cut-off date. [36]
17 December 15th -

Buster is unable to acquire a US visa and will miss the Major,

Buster applies a second time and is granted a United States visa to attend the Major. [38]
19 January 2nd - TYLOO declare that they will not be attending the ELEAGUE Major, due to earlier visa issues with

RpK is unable to play for Team EnVyUs due to illness, coach