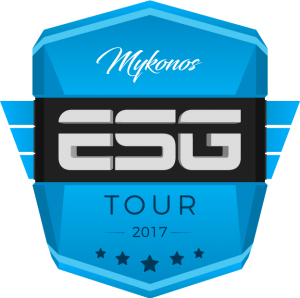 ESG Tour’s first event kicks off in the second week of September with the €200,000 Mykonos 2017. The famous Greek island will now host an event featuring some of the most prestigious CS:GO professional teams from around the world. Mykonos is going to fuel a plethora of happenings besides competing, guaranteed to thrill both the players and the community watching from home.

Mykonos Invitational 2017 marks the first time ever that all of the competing players will reside under one roof, which will simultaneously serve as the event’s venue. The Destiny Villa is a spectacular venue with three separate houses, two pools and a breathtaking view, overlooking the renowned Aegean Sea.

The top three teams will receive invites to the next ESG Tour event (to be announced at a later date.)