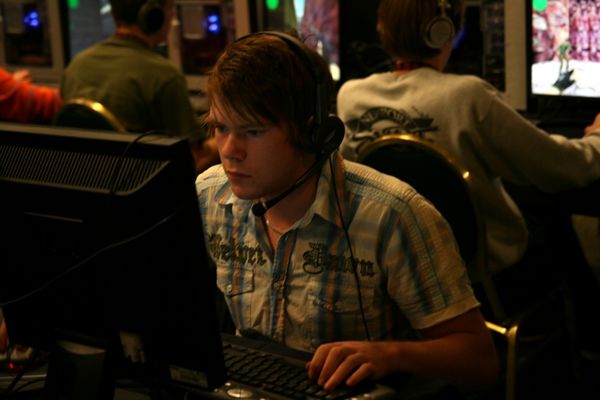 Johan "face" Klasson (born July 23, 1988) is a retired Swedish professional Counter-Strike and Counter-Strike: Global Offensive player. face first appeared on the scene in a big way at CPL Winter 2006 event. He played in the controversial M19 CPL pick up team organized by Stanislav "di4m0nd" Agadzhanyan. The team was comprised of three young Swedish players (face, Jonas "Oops!" Petersson and Fredrik "fReNz" Jonsson), a player from Latvia (Vladislav "icey" Sergejev), and di4m0nd. They did not make it far into the tournament, but the hype generated by face's play and the notoriety generated by M19 catapulted him into the spotlight. He joined Begrip Gaming in January of 2007, yet by March, bigger names in Sweden came knocking. face and his Begrip teammate Kristoffer "Tentpole" Nordlund were pursued by the Ninjas in Pyjamas. While Tentpole was not under contract at the time, face was still under a seven-month contract with Begrip. To release him from his contract, Begrip asked NiP for 45,000 SEK (at the time was approximately $6,500 USD). NiP refused to pay this fee and face broke his contract with Begrip. He and Nordlund replaced Björn "Bullen" Wall and Øyvind "KF3" Magnestad. Begrip threatened legal action about face's contract, and in April of 2007 NiP and Begrip came to an agreement regarding the transfer of face to NiP. In September of 2007 the NiP lineup fell apart as Emil "HeatoN" Christensen became the General Manager for the CGS's Stockholm franchise and Dennis "walle" Wallenberg, Christopher "GeT_RiGhT" Alesund, and Tentpole left the Ninjas in Pyjamas and joined up with their Swedish rival, SK Gaming. This left face as the only remaining member of NiP. Two weeks later he joined Meet Your Makers' Counter-Strike division.