A less expensive option among the terrorist-exclusive assault rifles, the Galil AR is a serviceable weapon in medium to long-range combat.
Inventory description () 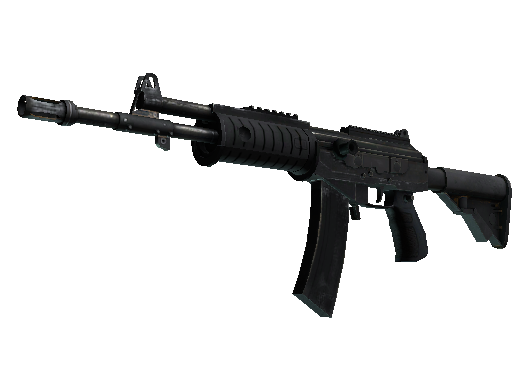 The Galil is a family of Israeli small arms designed by Yisrael Galil and Yaacov Lior in the late 1960s and produced by Israel Military Industries Ltd (now Israel Weapon Industries Ltd) of Ramat HaSharon. The weapon system consists of a line chambered for the intermediate 5.56x45mm NATO caliber with either the M193 or SS109 ball cartridge and several models designed for use with the 7.62x51mm NATO rifle round. The Galil series of weapons is in use with military and police forces in over 25 countries. The Galil’s design is optimized for operation in arid conditions and is based on the Finnish RK 62, which itself was derived from the Soviet AK-47 assault rifle. It was selected as the winner of a competition for the Israel Defense Forces that included many other rival designs (among them, the M16A1, AKMS, AK-47 and Heckler & Koch G3) and was formally accepted into service in 1972, replacing the FN FAL.

The Galil is often bought in the 2nd round and in forced buy rounds where Terrorists aren't able to make a full buy of AK-47, armor, and grenades. This is because its rapid fire and cheap price allow T's to buy grenades and other useful tools or upgrade to an AK the next round, while still having a chance against armored or better equipped enemies. With the Galil, fire at the chest in a 3-4 shot burst, as the last few shots will likely strike the head, making for a clean kill. At long range, tap with side to side movement for optimal accuracy, firing everytime you change directions.