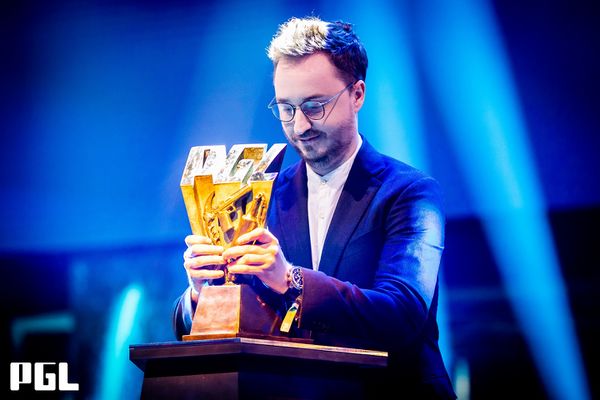 Christopher "GeT_RiGhT" Alesund (born May 29, 1990) is a retired Swedish professional Counter-Strike: Global Offensive and Counter-Strike player who is currently a streamer for Dignitas. He is widely considered one of the best players in Counter-Strike history, having been ranked #2 in 2010 and 2011 in CS and #1 in 2013 and 2014 in CS:GO by HLTV.

In September 2019, GeT_RiGhT stepped down from Ninjas in Pyjamas after over seven years of playing under their banner, during which he participated in five consecutive Major finals – winning ESL One Cologne 2014 – and the historic 87-0 map win streak on LAN. He reunited with former NiP teammates Patrik "f0rest" Lindberg, Richard "Xizt" Landström, Adam "friberg" Friberg, and Robin "Fifflaren" Johansson in a revamped Dignitas lineup in January 2020. [1] He announced his retirement on January 16, 2021, ending a career spanning over 14 years. [2]

Purchases made using the retail links on this page may earn Liquipedia a small commission.
Retrieved from "https://liquipedia.net/counterstrike/index.php?title=GeT_RiGhT&oldid=2134794"
Categories:
Hidden category: