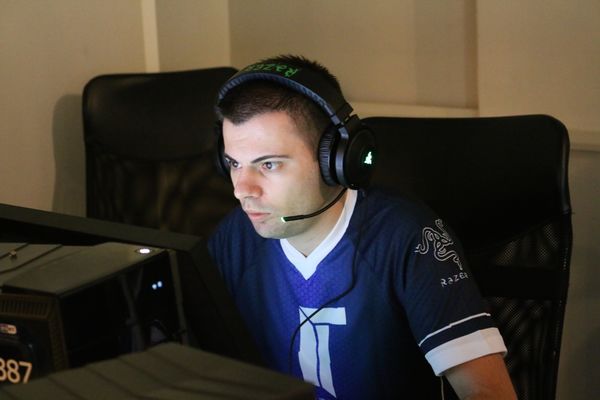 Following a Valve Anti-Cheat (VAC) ban from Global Offensive, KQLY is not allowed to play in any Valve-Sponsored Global Offensive tournament. Prior to his ban, he was the secondary AWPer in Titan eSports, alongside kennyS, Maniac, apEX and Ex6TenZ.

In 2018, he founded eFrog but left the team in 2019. Following his departure, he retired from competing and moved to Los Angeles to operate a luxury car rental business.

On the 20th of November 2014 KQLY received a Valve Anti-Cheat (VAC) ban for Counter-Strike: Global Offensive, [1] following a series of other pro bans. Following the news, he was quickly suspended by Titan eSports and later kicked from the team. [2][3] The news also meant that Titan was unable to attend DreamHack Winter 2014. [4] The next day KQLY made an official statement regarding the ban, admitting that the ban was "justified". [5]

Purchases made using the retail links on this page may earn Liquipedia a small commission.
Retrieved from "https://liquipedia.net/counterstrike/index.php?title=KQLY&oldid=1782386"
Categories:
Hidden categories: