For the Swedish player, see kHRYSTAL. 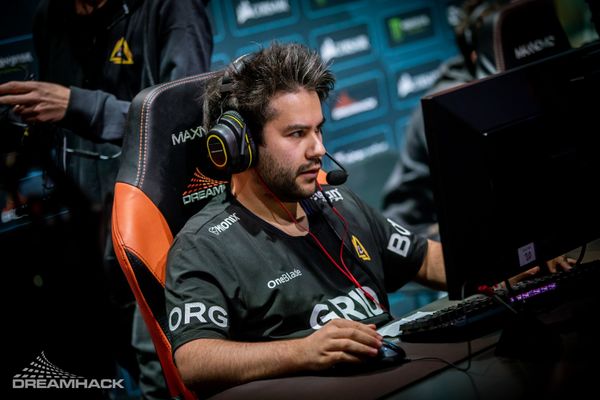 Kevin "kRYSTAL" Amend's first team in Counter-Strike: Global Offensive was Team ALTERNATE, where he played for a total stint of 1 year, 7 months and 29 days. kRYSTAL continued to play in the ex-ALTERNATE [1] squad by the name Berzerk after they were dropped by the organization, which however finally disbanded after a quick stint under the wings of PENTA Sports, followed by a few additional months of poor results. He has played for the current PENTA squad as of August the 23rd, which has thus far seen a lot of success; most notably finishing in 5-8th at DreamHack Winter 2014 after upsetting their "group of death". kRYSTAL continued to play with PENTA Sports through its many iterations. The team which started all German underwent changes leading to a European line up. The team shocked the CS scene when after only 6 months with the roster he was able to lead them to the Major. After PENTA Sports disbanded. After 3 years tenure at PENTA he was organization-less. He later helped to form the initial Sprout lineup, during which he attended the ELEAGUE Boston Major. Following his tenure with Sprout, kRYSTAL linked up with numerous squads through 2018, including The Imperial, Ghost Gaming, and Rogue. He now currently plays with GODSENT.