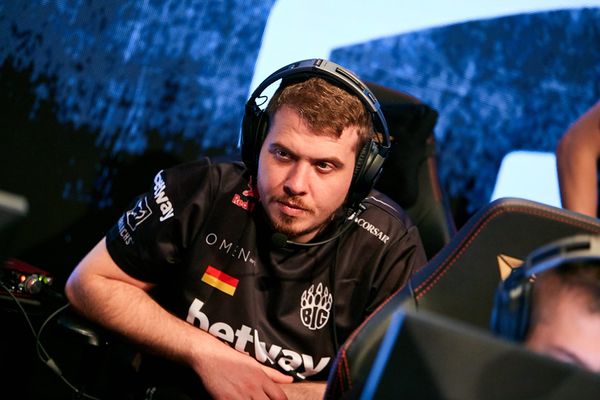 LEGIJA was first seen playing in Counter-Strike 1.6 and clocked a small number of events in the older game, but would not be noticed until the end of the game's competitive circuit. He would switch to CS:GO after it was released where he began to get more noticed in the German scene. He would begin his CS:GO career by playing for dotpiXels e.V., alongside Johannes "tabseN" Wodarz. The team had very mixed results and most of the team's results were generally very poor results, which resulted in a flurry of roster changes - leaving Ninic as the last founding member of their CS:GO lineup. In May 2013, the team had disbanded and split up following Ninic's transfer to n!faculty. There he would reunite with Wodarz but also the likes of other new faces including the later addition of Chris "chrisJ" de Jong from the Netherlands. After a short stay in n!faculty, the organization would part ways with the six-man roster due to bad results in the EPS and everyone but Simon "smn" Beck would join Playing Ducks. As Jens "shirox" Wietow was a backup in n!faculty and later in Playing Ducks, former Fnatic in-game leader Finn "karrigan" Andersen would join as the new in-game leader. Immediately after joining Playing Ducks they would win every remaining match in the EPS Summer '13-Season, including against the favourites of Team ALTERNATE, to crown themselves as the best team in Germany. Ninic's stay in Playing Ducks would not last nearly as long either as he and de Jong would join PartyDaddlers before being signed by mousesports.

Ninic was signed by mousesports alongside former n!faculty and Playing Ducks teammate teammate de Jong. They would also be joined by Tobias "Troubley" Tabbert, Christian "crisby" Schmitt and Tizian "tiziaN" Feldbusch. Ninic's team were set to qualify for Valve's first CS:GO major: DreamHack Winter 2013 but were upset in the BYOC qualifer, losing 17-19 to the Scandinavian mix Xapso. In a few months, Ninic & co. would qualify for ESL Major Series One: Katowice 2014 but with Wodarz reuniting once again with Ninic and de Jong but also Casper "cadiaN" Møller. Their result was nothing but lacklustre as they would place last with defeats from Titan and HellRaisers.

After Katowice 2014, mousesports' results with Ninic would remain mixed and often failing to qualify for certain events, most notably the majors. They would easily be named the top team in Germany but would still struggle to make it deep in certain tournaments online and offline, even after another flurry of roster changes, they would continue to drought - while they would also give international talents such as Aleski "allu" Jalli and Nikola "NiKolinho" Kovac a shot on the team. They would soon later be dethroned as the best team in Germany by the upcoming PENTA Sports, also competing against Planetkey Dynamics for the throne - both teams would also qualify for DreamHack Winter 2014, the fourth CS:GO major, with mousesports left out of the equation. It was after the LAN qualifier for ESL One: Katowice 2015 that mousesports would later opt for a major roster change down the line. In May of 2015, Ninic would be moved to the bench, alongside NiKolinho who joined after the event. mousesports would also release Wodarz who returned to the team briefly as a stand-in. The trio would end up being released by the PENTA trio including the former mousesports players Timo "Spiidi" Richter and Johannes "nex" Maget as well as newcomer Denis "denis" Howell.

Ninic's stay on mousesports' bench would not last long as he would be approached by Nihilum Gaming as their head coach which he would accept the offer of, at the expense of moving to North America. His stay with the North American team however did not last very long and the organization's sponsor with Kinguin would end around the same time, due to mixed results among other problems. Ninic would later be offered to join Team Kinguin as their coach following the release of their previous coach Daniel "dalito" Morales, who was removed due to a previous VAC ban which sanctioned him from playing and assisting his team at Valve sponsored events.

He would join Kinguin just in time for ESL One: Cologne 2015, where he would assist Kinguin in making it out of the group stage after losing their opening game to the new Brazilian lineup of Luminosity Gaming's. Team Kinguin would play in Group B initially before losing a very short lived game against the Brazilian side. They would be placed in Group F in the 2nd group stage to face the Australian Team Immunity lineup, before facing the North American Cloud9 - whom both lost to Virtus.pro. Despite Ninic's team not being favoured to make it out of the group stage, they would defeat Team Immunity 16-13 on Dust 2 after a steady but poor 6-9 T half, coming back into the game to win the match. They would later play Cloud9 who were favoured much more to defeat the European mix, even after a 9-6 score to the North American side on their T half. Nonetheless, Team Kinguin would come back into the game on their T side and sweep over the Americans to win the game and make it to the playoffs. Team Kinguin would play against Team SoloMid in the quarterfinals, the team the players would identify as their kryptonite. The quarterfinal would remain short lived for the Europeans as they end up being stomped on by the Danes after a fairly weak game from all of the players.

Shortly after the major went and came, Ninic's team would stay in the same shape but more or less win one of their first big tournaments. That being Gaming Paradise 2015 in Slovenia. After a while however, Team Kinguin would be acquired by Gamers2 and would partner with Kinguin in which the team would play under the name of "G2.Kinguin". The only LAN that Ninic would attend with the team however was DreamHack London 2015, which was again a very lacklustre tournament for the team after a shaky game against SK Gaming before losing to Team SoloMid and being upset by Copenhagen Wolves in the group decider. It was shortly after that Ninic would leave and prepare to return to playing.

Ninic would remain teamless for the rest of 2015, until after the new year where he would join Method's remaining duo of Justin "just9n" Ortiz and Samuel "SileNt" Portillo. He would also join up with former mousesports teammate and in-game leader Fatih "gob b" Dayik as well as fellow North American player Peter "ptr" Gurney. They would end up being signed by NRG Esports and move to North America in the process, but would have very minimal success except for Counter Pit League Season 2 - Finals where they used Wodarz as a stand-in from PENTA Sports in Gurney's place after having an injury during turbulence which ruled him out from being able to play. Ninic and Portillo would end up playing as the AWPer in Gurney's place while Ninic would also play as the support alongside Wodarz taking turns between the roles. They would end up being successful and upsetting Team EnVyUs but would later fall to Astralis who were somewhat in a slump at the time.

The team would later swap out Ortiz and Portillo to bring in Wodarz permanently, alongside former Counter Logic Gaming player Jacob "FugLy" Medina. The team would enjoy very minimal success, despite qualifying for a few LAN tournaments but they would fall short in all of them. It was until the end of the year when the German players including Ninic would decide to make a BIG change. Initially, Kevin "keev" Bartholomäus was expected to move to NRG Esports from ALTERNATE aTTaX in Gurney's place but in the end, the German trio of NRG would bench themselves and form a new organization called BIG. In this lineup, Ninic, Wodarz and Dayik would be joined by nex, and Bartholomäus.

The Germans would very much enjoy more success under BIG, where they began having deeper runs in events and even winning some. The first event that Ninic would play under the banner alongside his former NRG teammates, as well as his new teammates would be DreamHack Open Leipzig 2017 where they would achieve a 2nd place but losing to FlipSid3 Tactics. Ninic and BIG would qualify for the Europe Minor for PGL Major Kraków 2017, which was a somewhat shaky run but very successful amongst the German side. They would top the group of the minor over Team EnVyUs, the favourites. BIG would later be put in the semifinals over the Norweigan/Portuguese/Danish Team Dignitas lineup but would fall 0-2, placing themselves in the lower bracket against Team EnVyUs. The next day, they would manage to upset Team EnVyUs 2-0 to claim a spot and they would soon get payback on Team Dignitas before taking down PENTA Sports in the grand final to win the minor. It was then when they qualified for the major with a 3-1 record in the swiss group, only losing to Cloud9 who they'd later face at the major itself.

At the time of the major, BIG were placed against favourites FaZe Clan in the first round of the swiss group and Ninic's crew would take them off guard with a 16-8 victory on Inferno. At the time they were also using the infamous jump-peek bug to gain an advantage, but were later requested not to use it as it gave teams an unfair advantage - they were believed to also have used this against Immortals in the major qualifier also. Despite this, they would still knock down Cloud9 16-11 and later defeat SK Gaming 16-14 after a 5-10 deposit which Ninic's crew would come back from. All three of their group games were played on Inferno but moving into the quarterfinals, they would play fellow Brazilian team Immortals. They would at first win the first map, Cobblestone, in overtime with a 19-17 victory. They would later end up losing Inferno, their go-to map 16-7 before falling on Train 16-14 with fairly close halves which ended their major run.

In the aftermath of the major, Ninic and the rest of his team still sufficed some big achievements including qualifying for the ESL Pro League but would end up losing their spot at the end of the season moving down to ESEA Premier (also known as the Mountain Dew League) once again. Later down the road, BIG would later lose their legend status after a 1-3 defeat at ELEAGUE Boston 2018 in the New Legends Stage, only winning against North when down 0-2. Ninic would finish the major with a poor 0.82 rating.

From BIG player to head coach[edit]

On the 5th of February 2018, BIG announced the benching of Bartholomäus and Ninic stepping down to become the "Head of CS:GO" and as a result exited a playing role for the first time in two years, assisting Dayik and Szymanczyk with his great experience and leadership. This change would come after the team gathered increasing worse results post-major including failing to qualify for top tier events, and required some changes in order to improve and maintain their status as the best German team in the scene.