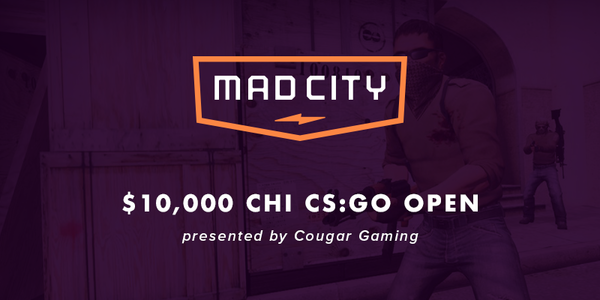 The Cougar Mad City CSGO Open, powered by N3rd Street Gamers is a weekend long $10,000 LAN aimed at giving amateur and semiprofessional players a taste of competing in a true LAN enviroment.

sfX who was playing with x1 Mob and

PTRIP who was playing with Team RivaL are disqualified from the event because of a physical altercation between the two.

examples stand in for x1 Mob and Team RivaL respectively. [1]

Mask Off
16
Mask Off