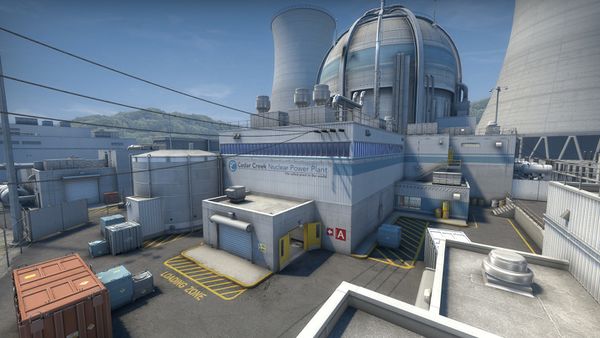 The Valve Developers changed the map once again, although these differences are somewhat minor compared to previous versions. This time, the crates at Bombsite A and the nuclear missile in Bombsite B have been replaced with radioactive barrels. Furthermore, lighting within the facility has increased and the loft at Site A now allows players to fully walk around the area. A somewhat significant change in the structure of the map is that the entrance to the lower area of the facility from the outside has been moved slightly away from the CT Spawn Zone and the basement has been removed.

The official factions for this map are the FBI and the Phoenix. 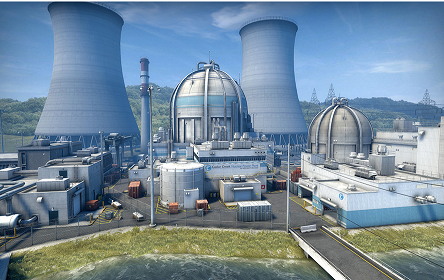 Overview of the new Nuke design

Nuke is one of Counter-Strike's most iconic and enduring maps. First released in November 1999, the map has undergone numerous aesthetic and functional changes over the years, yet always retained its elegant simplicity. We're excited to announce the latest evolution of Nuke in Counter-Strike: Global Offensive. [1]

The main goals of this complete overhaul and re-build of the map were to improve gameplay by providing the Terrorist team with more tactical options, and to visually upgrade the map with a higher-quality, more readable aesthetic. We set out to adjust rotation times between the stacked bombsites, Counter-Terrorist strategic control of the rafters, and added a new outdoor attack route. Community feedback via forum posts, video analysis and email was instrumental in gathering a wealth of potential changes and insightful suggestions. 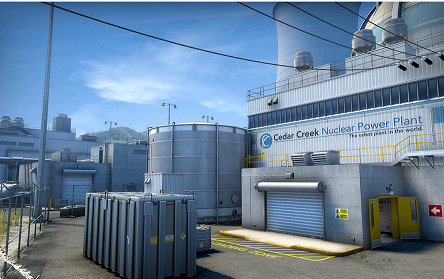 Nuke is now available in Competitive Matchmaking, plus other game modes as part of the Operation Wildfire map group. We've outlined many of the specific map changes below in more detail and look forward to hearing your on-going feedback as we continue work to improve Nuke together.

The primary goal of redesigning the art for Nuke was to modernize and improve the graphical fidelity of the game and improve gameplay by enhancing readability of enemy players. After studying reference of actual nuclear sites, we decided a clean institutional aesthetic would achieve this goal, and allow us to build a believable in-game setting. World detail has significantly increased, and a massive modular system of pipes, I-beams, HVAC, and numerous heavy industrial building pieces are now available to community map-makers. Player map callouts are also more specific and understandable since each location in the map has been given a clearly-defined purpose in the facility.

The upper bombsite (A) has been redesigned to make defense a bit more difficult for CTs. Space in the rafters has been restricted in order to make Squeaky Door rushes more potent and encounters through Mini entrance more predictable. The bombsite target canisters have been moved toward the rear of the room in order to reduce the exposure from players in Heaven. T's can take stronger control of site A via a new route over Hut from the bombsite floor to Rafters.

The lower bombsite (B) has received its own changes to make securing the site more dynamic for both sides. The route from Tunnels to the lower site has been re-introduced through a new Decontamination room (or ‘Decon’). Toxic storage has been moved toward Ramp Room, giving defending T's more lines of sight on the bomb target. The plantable area has been expanded, and includes the space on top of the target canister.

The vents that connect Bombsites A and B have been reconfigured to adjust rotation times between the sites. The vents have been converted from an "H" shape to an "S" shape, slightly lengthening traversal time and making it easier for defending T's to hold the site.

The area surrounding the main power plant building ("Outside") has seen a number of alterations. The route from Rooftop to Silo has been streamlined to encourage Terrorists to take strategic ownership of the yard below. Once on top of Silo, Terrorists can choose to one-way drop onto the extended Catwalk. This provides the Terrorist team with a surprise route around the exterior of the plant building, with many advantageous views of Outside, eventually leading all the way to A site Rafters. A new route up the exterior of Locker Room to Catwalk gives Terrorists yet another way to sneak up on Counter-Terrorists. The entire Outside area features reconfigured cover spots that work to even the score between teams. Additionally, all player spawn points have been moved closer to the action. 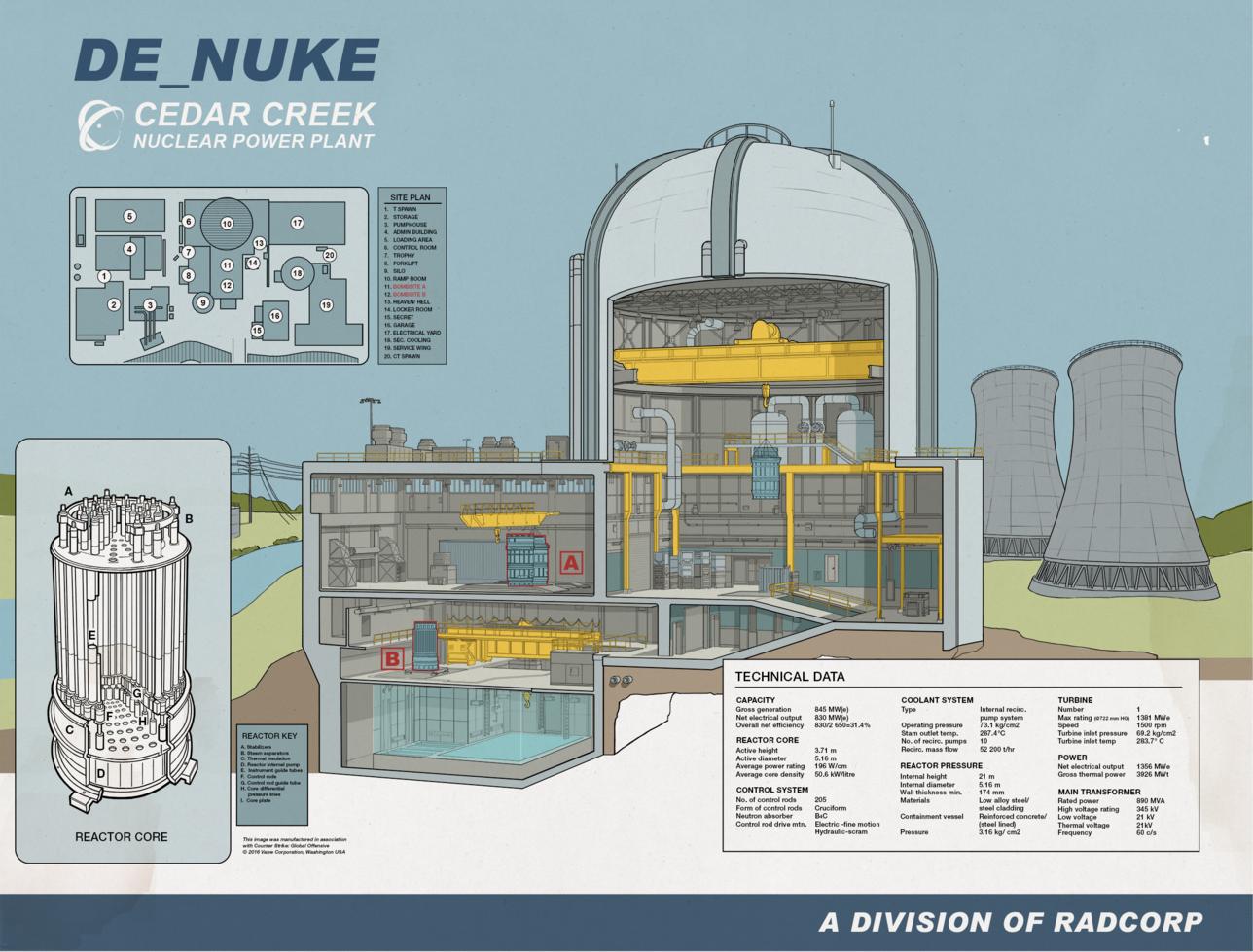