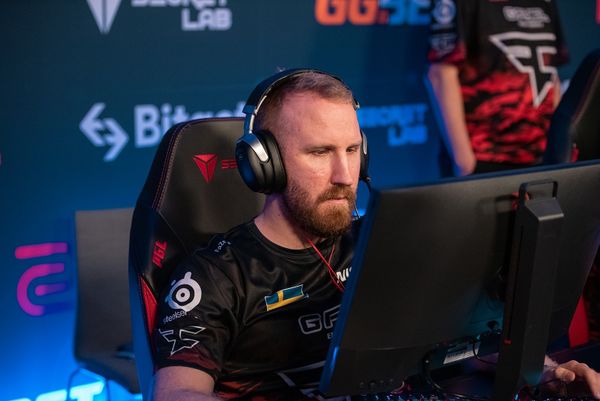 Olof "olofmeister" Kajbjer Gustafsson (formerly known as olofm) (born January 31, 1992) is an inactive Swedish professional Counter-Strike: Global Offensive and former professional Counter-Strike player. His time in FaZe Clan, which began in August 2017 and conclusively ended in January 2022, comes after his legendary 3-year-long tenure with Fnatic, during which he won two Majors — ESL One: Katowice 2015 and ESL One: Cologne 2015 — and numerous other international tournaments, and was named the best player in the world of 2015.

While playing for Fnatic, Olof had to take a medical leave in April 2016 due to a wrist injury. His return to the roster was announced in June, as Gustafsson was fit to play again. [1] His 3-year-long tenure with Fnatic lasted until August 2017, when he transferred to FaZe Clan. [2] In April 2018, he took a personal leave of absence and was inactive for a month. [3][4] Due to personal issues, he went inactive again in June and returned a month later. [5] After continuing to play for FaZe for nearly two years, olofmeister took a five-month-long break in 2020, returning to the roster again as a stand-in in October following Nikola "NiKo" Kovač's departure to G2 Esports. [6][7] After FaZe's grand final run at BLAST Premier: Spring Groups 2021, Olof announced that he would be indefinitely stepping down from the organization's roster. [8] In June, as Marcelo "coldzera" David stepped down, Gustafsson was again reinstated to the active roster, this time as a more permanent member. [9] After the PGL Major in Stockholm, Robin "ropz" Kool was acquired by FaZe Clan in January 2022 as a replacement for the Swede, who once again took a step back from the active roster.

Purchases made using the retail links on this page may earn Liquipedia a small commission.
Retrieved from "https://liquipedia.net/counterstrike/index.php?title=Olofmeister&oldid=2248980"
Categories:
Hidden category: