Accurate and controllable, the German-made P2000 is a serviceable first-round pistol that works best against unarmored opponents.
Inventory description () 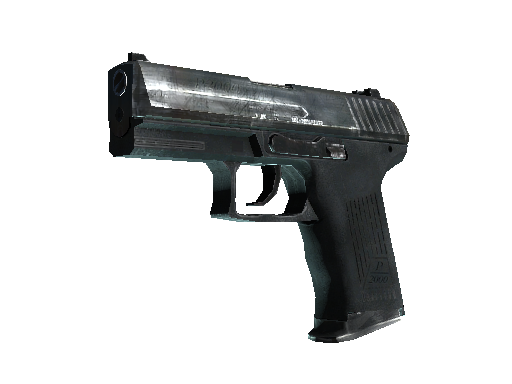 The Heckler & Koch P2000 is a German semi-automatic pistol introduced late in 2001 and intended primarily for law enforcement, paramilitary, and commercial markets. It is based around the technology used in the USP Compact pistol. The P2000 was designed specifically with improved ergonomic characteristics; it has features that reduce the handling related stresses, while at the same time increasing user handling and shooter comfort. The P2000 is a short recoil-operated locked breech pistol with a modified Browning-type linkless cam action with a vertically tilting barrel also employed in the USP series of self-loading pistols, as well as most modern linkless semi autos. The cold hammer-forged barrel has a polygonal profile while the slide is made from a solid bar of nitro-carburized steel. Following recent trends in modern pistol designs, the P2000 makes extensive use of impact-resistant polymers to reduce weight and production costs. As with other recent Heckler & Koch pistol designs, the P2000 is modular to suit individual needs. For instance, the grip is modular with exchangeable backstraps to adjust to individual grips, allowing the user to customize the pistol's grip size. There is an interface for accessories built into the frame in front of the trigger guard; the universal accessory rail on the dust cover that allows for the use of tactical lights, laser pointers and other accessories. Attachment is positive and does not require any tools. This is in contrast with the USP series, which uses a proprietary H&K mounting rail that limits the types of accessories that could be used with the pistol.

The P2000 is a highly effective pistol round weapon for two reasons: it costs $0, and it deals 100 damage with a headshot to a helmet-less opponent up to a generous range. However, like other default pistols, the P2000 suffers against armor. This means that Ts will often purchase armor to negate most body damage. It is very low recoil weapon, which means you can fire it in a 2-3 shot burst at the head from long distance while pulling down your mouse with good accuracy. As you cannot afford a helmet with your Round 1 starting money, this is a highly effective tactic.

Either the P2000 or the USP-S can be selected as the default pistol for a CT player. While the choice is ultimately a matter of preference or feel, there are a few factors to consider when making this selection.

First, the P2000 has significantly more reserve ammo than the USP-S, as well as an extra bullet in the clip. This means that USP-S users must be very selective about when to use their ammo, while P2000 users can be more aggressive and hold close-quarters angles with less difficulty. The trade-off is that the USP-S is more accurate and has lower recoil than the P2000, meaning that players with solid crosshair positioning will generally spend less ammo and get faster frags with the USP-S at longer ranges. Also, the lack of noise from the USP-S can sometimes confuse opponents for just long enough to secure a long-ranged kill. Due to the extremely low recoil, double-headshots on eco rounds are also much easier with the USP-S than the P2000.