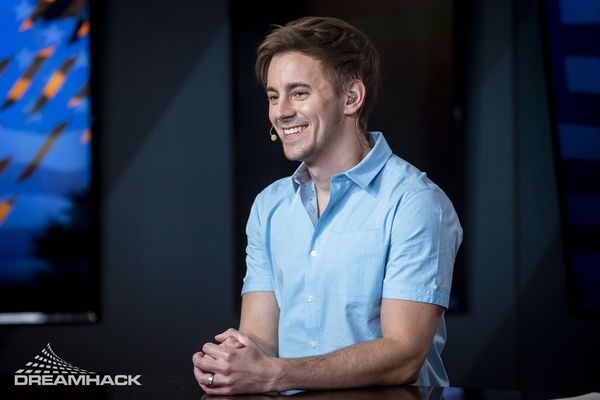 Sean "seang@res" Gares (born June 10, 1988) is a retired American professional Counter-Strike: Global Offensive broadcast analyst and former professional Counter-Strike: Global Offensive and Counter-Strike player. He has 14 seasons of ESEA Invite under his belt. He has led numerous line-ups to playoff berths at the top level of North American Counter-Strike. He won his first ESEA Invite championship with B2B Gaming while teamed up with swag, n0thing, and Semphis. He was also part of the Area51 team that placed third at ESWC 2012 with Hiko and Semphis. He took a short break from CS:GO and came back in 2013, when compLexity was formed. His team left coL on August 1st, 2014, and joined Cloud9, where he played until stepping down from competitive gaming on November 24th, 2015.

He made his debut as a commentator and analyst during the ESL ESEA Pro League Season 2 Finals on December 10th, 2015. In January of 2016, Sean returned to competitive play, creating a roster with Mohamad "m0E" Assad. Torqued would later be picked up by Echo Fox, where Sean would try to perfect a roster with ex-teammate Ryan "fREAKAZOiD" Abadir. After less than a year under the Echo Fox banner, the team would fold. Sean went to Team SoloMid with Shahzeeb "ShahZaM" Khan. Sean lasted less than 10 days in the organization, after a dispute occurred between Sean and the owner of Team SoloMid. The team would leave the organization and Sean and co would form under the banner of Misfits.

After the departure of Russel "Twistzz" Van Dulken, the team decided to bring in French pug stars François "AmaNEk" Delaunay and David "devoduvek" Dobrosavljevic. The team would go through its ups and downs. During the ESL Pro League Season 6 Finals the team would have a miracle run losing to the #1 team at the time in SK Gaming. They would finish 3rd-4th. The team's ESL Pro League Season 6 Finals run was not backed up at the first major of 2018. The team would be knocked out in the challengers stage. Sean would announce days later that he, along with his American teammates, were released from the roster, along with the disbandment of Misfits and their exit from the scene was finalized. Sean would go on to be the analyst at the Legends stage of the ELEAGUE Major: Boston 2018 and do other small analyst jobs, becoming a crowd favorite.

Purchases made using the retail links on this page may earn Liquipedia a small commission.
Retrieved from "https://liquipedia.net/counterstrike/index.php?title=Sgares&oldid=2307735"
Categories:
Hidden categories: