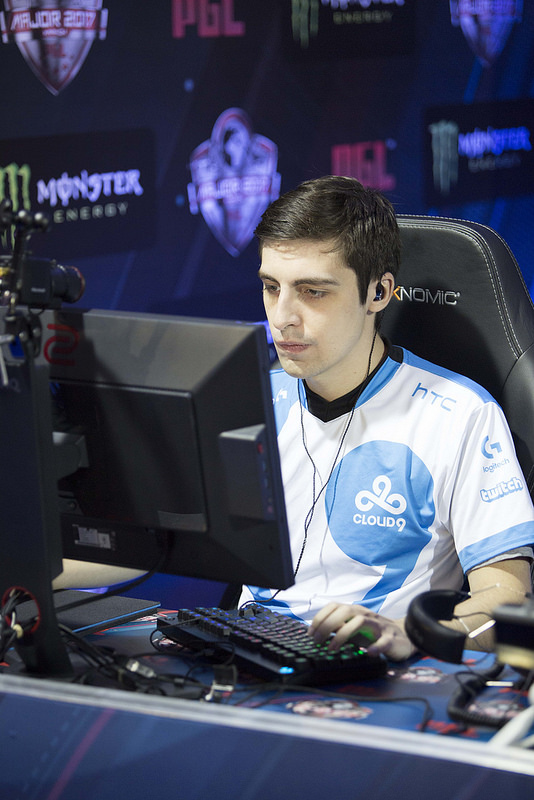 Michael "shroud" Grzesiek (born June 2, 1994) is a retired Canadian professional Counter-Strike: Global Offensive player of Polish descent. He is from Toronto, Ontario, but has since relocated to Orange County, California, in the United States. He is currently a full-time streamer.

Michael has been playing since the launch of Global Offensive. He rose to prominence through the popularity of his stream, in which he was displaying his talent in-game. After his time in Manajuma', he was acquired by compLexity Gaming as a stand-in, replacing Todd "anger" Williams. Upon compLexity being acquired by Cloud9 on August 1st, 2014, he was signed as a permanent player. He was the second longest standing member of the team alongside Jordan "n0thing" Gilbert until they were both benched and replaced by William "RUSH" Wierzba and Tarik "tarik" Celik in August of 2017. It was announced that he stepped down from the lineup, as he wanted to become a backup player and full-time streamer for Cloud9, although at this point he had already decided to retire from the game. In April of 2018, he had officially announced his retirement from playing Counter-Strike: Global Offensive professionally. [1] In addition to this, he decided to leave Cloud9 to explore new opportunities.

Purchases made using the retail links on this page may earn Liquipedia a small commission.
Retrieved from "https://liquipedia.net/counterstrike/index.php?title=Shroud&oldid=2243162"
Categories:
Hidden category: