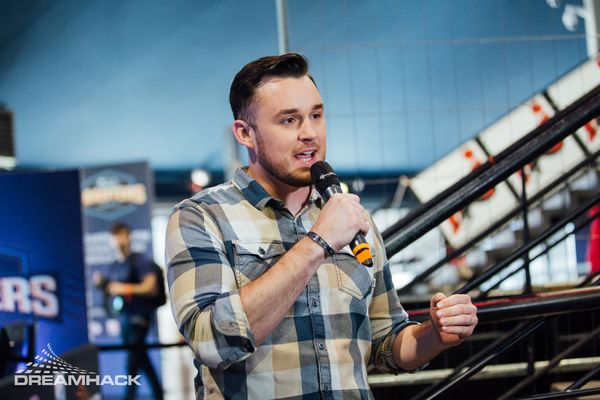 Tres "stunna" Saranthus (born October 29, 1989) is an American Counter-Strike: Global Offensive manager. In more recent times, he has moved onto various positions in event hostings, including Interviewer and Reporter.

Beginning in 2005, Saranthus worked with compLexity Gaming in order to create a post-match and player interview series under the branding of "coLcast." Technology at the time had not yet evolved to a dual audio/visual streaming platform and as such, Nullsoft's shoutCAST was used. He would find himself working alongside the likes of famed commentators such as Alex "Vansilli" Nguyen, Jeff "smeagol" Dickinson, and Bruce "Rivington" Bisland while working for groups Radio-iTG and eSportsTV.

In 2010 at the age of 20, Tres enlisted in the United States Army and would elect to serve in the Infantry. He would later go on to deploy with the 10th Mountain Division in the Zhari District of the Kandahar Province, Afghanistan during Operation Enduring Freedom XI-XII. During his unit's deployment, he would go on to earn the Combat Infantry Badge for engaging the enemy under direct small-arms fire. Saranthus would choose to honorably discharge from the service in 2013 at the age of 23 and at the rank of Sergeant.

After completing his military service, stunna would link back up with Jason "1" Lake and compLexity Gaming around the time of the acquisition of the Quantic Gaming CS:GO roster.