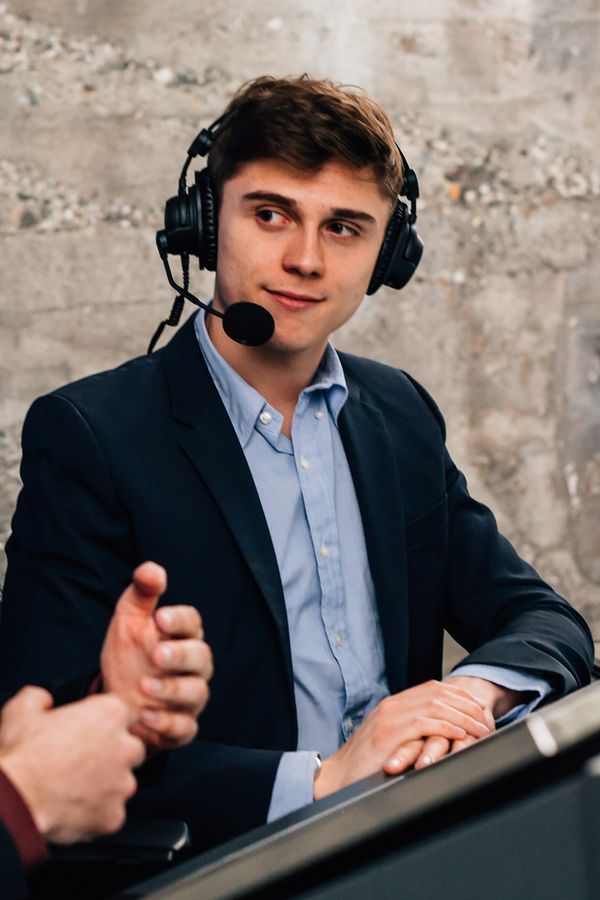 Vincent "Zescht" Talmon-Gros (most commonly known as Zescht) (born January 26, 1997) is a Counter-Strike: Global Offensive Caster from Germany. He is currently working for ALTERNATE aTTaX as the team's social media manager.

Before becoming a caster, Zescht obtained his high-school diploma in Stuttgart, Germany, where he now studies Journalism. He made his offline casting debut at the ELC Legend Series in Hamburg, alongside caster LukasBoas, where he also stage-hosted the grand finals. This event piqued his interest in interviews and hosting, and he has since gone on to cast and host larger events, most notably, the 2017 EPICENTER CIS, Americas, and Europe closed qualifiers, as well as stage hosting the 2017 ROG Masters EMEA Qualifier in Krefeld, Germany.

Besides casting, his interests include Motorsports, and he currently co-drives for a Rally team in Germany. He has worked as an intern at Porsche in Stuttgart during 2016, and as a reporter for HLTV.org for a few months, but has since moved on to other opportunities.