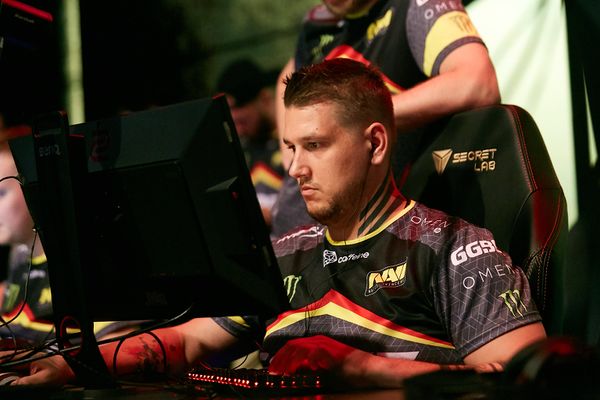 Danylo "Zeus" Teslenko (born October 8, 1987) is a retired Ukrainian professional Counter-Strike: Global Offensive and Counter-Strike player. He retired on September 14, 2019 after a 17 year long career, during which he won over 60 tournaments including four Counter-Strike Majors and a CS:GO Major Championship: PGL Major Kraków 2017.

Zeus was born on October 8, 1987 in Kharkiv. In 1992, he moved with his mother to Budapest, Hungary, where his father had a business of buying and selling cars. In total Zeus lived in Hungary for about three years, since his parents decided to return to Ukraine because of his father's business issues and his grandmother's health. His family moved to Pokotylivka village, where he lived for three years until the family moved back to Kharkiv. After moving, he entered Kharkiv General Education School #10 where he began to pay more attention to education. [1]

His first professional team was pro100. After two and a half years with pro100, Zeus was invited to join Virtus.pro. [2]. During his tenure with Virtus.pro, Zeus most notably won the Intel Challenge Cup 2007, besting CMAX.gg in the finals. After leaving Virtus.pro, Zeus rejoined pro100, joining up with Edward, kane, raz0r, and xek. His return to pro100 was short-lived with the team only playing two matches. Following a period of playing for multiple teams, Zeus along with Edward, markeloff, esenin, and starix, founded Natus Vincere. During his seven-year tenure with the team, Na`Vi was one of the world's best teams, winning four Counter-Strike Majors, with the largest having a $100,000 prizepool at Intel Extreme Masters Season IV, where the team beat Fnatic 2-0.

After transitioning into CS:GO, Zeus would eventually leave Na`Vi to join Gambit Gaming, joining forces with previous captain and coach kane. [3] During his time with Gambit, Zeus was part of the first CIS team to win a CS:GO major, by claiming the title at PGL Major Kraków 2017 after besting Immortals in the finals 2-1.

In August 2017, Zeus and kane were re-acquired by Na`Vi, marking Zeus' return to the organization. He served the role of in-game leader before retiring in 2019. He is also currently the founder and president of pro100, after he revived the team and turned it into an organization in 2017. He is the founder of ZeusCyberSchool and the owner of CIS Esports League.

Purchases made using the retail links on this page may earn Liquipedia a small commission.
Retrieved from "https://liquipedia.net/counterstrike/index.php?title=Zeus_(Ukrainian_player)&oldid=2128750"
Categories:
Hidden category: