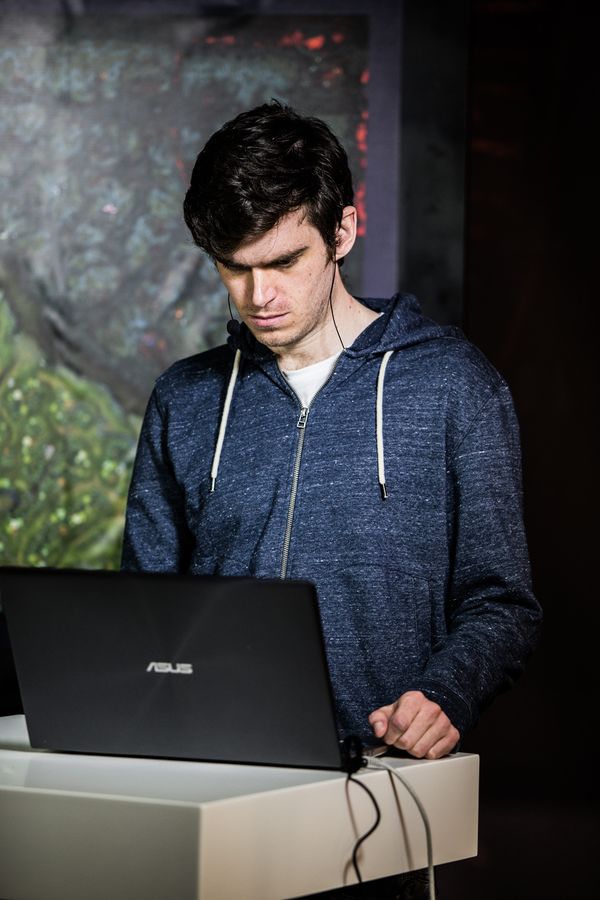 2GD is the founder of The GD Studio, an eSports content production venture located in Stockholm, Sweden. With the rest of the studio, he hosted The GD Show, a self-described, 'no fluff' esports talk show. Since 2015, The GD Studio has stopped producing eSports content and switched its focus to game development.

In the 2016 The GD Studio started developing "Diabotical", which is a new Arena FPS game. It was released in September 2020.

2GD was born in Bristol, England, although he grew up in Glastonbury. Both of his parents are self-employed; his father was an entrepreneur and self-made millionaire and his mother created a business in the events industry. He attended the University of Gloucestershire and studied to become a systems analyst, but dropped out during his second year. His parents fully support 2GD in his choice to make a career for himself in esports and they make an effort to follow the events in which he takes part.[2]

He played badminton for his county and was seeded first in that county for Badminton players. He trained with the southwest England team but did not make the team because he was too young. He had an incident while warming up for badminton where in he lost the ability to bend his knees for around a year and a half but retained the ability to walk albeit somewhat awkwardly and in his own words he walked "like a penguin". His grandparents then took money they had been saving and put it towards the cost of a computer. Thus he discovered online leagues for the games he was playing and this became his entry into competitive gaming.[3]

Progaming career and transition into casting[edit]

2GD was a professional Quake 4 player who played for teams such as Dignitas, Fnatic and SK Gaming during his career. He stated that his yearly income around this time was around $24,000.[4] He got his first taste of casting through Clan Base, when they sent out an appeal to find a caster for a Quake game in around 2002.[5] His breakout casting performance was at WSVG 2006 when he subbed in for a caster who was unavailable. He then transitioned into more of a caster role as his skill level in Quake decreased relative to others and later he went on to cast for the likes of MLG, ESL and DreamHack. His MLG casting stint was marred with controversy as he criticised MLG live on air.[6] The comment resulted in his near immediate firing from the role at MLG.[7] He lived in Germany for two years to cast the ESL. He quit ESL after disagreeing with an event that he was set to cast. 2GD found a replacement and left on amicable terms.[8] He moved to StarCraft 2 and casted but mostly hosted DreamHack and other tournaments.

James then, with the little money he had left, gave a presentation to the developers of "BloodLine Champions"(BLC) detailing what he could do for the company, and for the game, and was subsequently hired. Once he left this job he continued to support BLC including securing a $15,000 tournament at DreamHack. He then made an attempt at raising 2.5million dollars to fund an "esport game". He spoke to an investor and they were interested but not in doing a small project (they wanted to invest 100million dollars) and making the game an MMO. He ended up trying to cut costs and make the game using only a quarter of a million dollars. The game was set to be called "Reborn" and would have been free to play with a pay element to buy maps beyond the original maps developed by community members (the incentive being that the creator could make money from the map) and other non-intrusive non-"pay to win" pay measures. The project was paused while he built up his "GD studio" [9]

2GD created "The GD Studio" in the first quarter of 2012. This was a result of thoughts he had when affiliated with ESL; he wanted a project that was completely his own vision. The project's mission in the words of 2GD, once he started with Twitch.TV, he wanted "to start a side project that helped Twitch.TV, helped esports [and] give opportunities to commentators". The whole project was funded with around 20,000 euros, of his own money, and is turning over around 300,000 euros a year gross profit. His plan is to have all his staff earning at least 30,000 euros a year, which he has all but accomplished bar one person. He pays himself nothing. The plan for the future, of the project, is to work with large events producing their content and hosting LAN tournaments themselves. Later he wants to give members of the organisation their own segments, to allow them to have their own platform on which to stand.[10]

The GD Studio held a sofa at the Twitch.TV booth. This was a continuous sit down interview with many of the personalities and helpers who were present at DreamHack throughout the three day tournament. They did a collaboration with Live on Three at the event.[11]

He has hosted and taken part in The GD Studios: Learn 2 Play Dota 2 series.