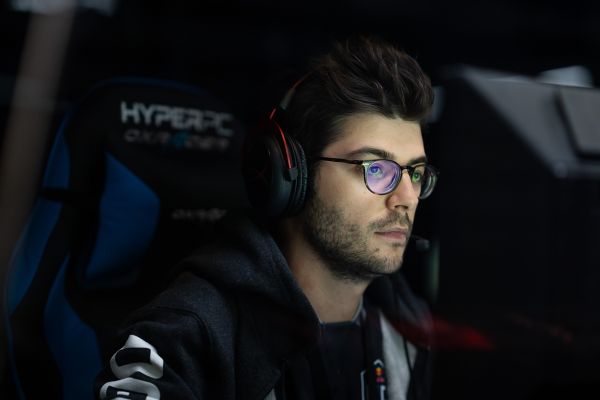 Sébastien "Ceb" Debs (formerly known as "7ckngMad") (born May 11, 1992) is a French/Lebanese Dota 2 player who is currently playing for Old G.

He announced his retirement from the competitive scene on November 18th, 2021.[1]

7ckngMad's professional Dota 2 career started with Team Shakira in 2011. The team first gained notability after placing 4th in Dreamhack Winter 2011 and shortly after Sébastien, along with the rest of the team, was picked up by Western Wolves.[2] After only three months with Western Wolves, paved with roster issues, 7ckingmad left the organisation and decided to join a rehash of mTw led by Troels "Synderen" Nielsen.[3][4]

mTw and The International 2012[edit]

The new mTw squad managed to win the organisations first tournament and went on to beat Next.kz in the finals of the West Qualifiers for The International 2012, qualifying for the main event. The team continued having success in almost every tournament it took part in, most notably winning DreamHack Summer 2012. Going into The International 2012 the team was considered as one of the top contenders.

After, what can only be described as a team-wide collapse, 7ckingMad and his team ended up last in their group with a score of 3-11, only taking a game off TongFu, Darer and CompLexity Gaming. Shortly thereafter 7ckngMad, once again accompanied by Sockshka and Funzii, left the team citing "interpersonal issues" and decided to re-form Team Shakira.[5]

Two months after re-forming Team Shakira four of the players on the team played in ESWC 2012 as Shiba Gaming. With the help of Alexander "CalculuS" Rathcke they finished 3rd place. The players decided to merge with the then MYM, forming a six-man squad where 7ckngMad took the role as coach/manager/stand-in.[6] Shortly after the formation the team decided not to work with MYM and formed DD.Dota instead.

After only a short while the German player Angelo "THEneNo-" Gonzalez decided to leave the team and 7ckngMad was once again back on the main roster.[7] Following another time of roster stability issues, the team, now featuring Airat "Silent" Gaziev and Artur "Goblak" Kostenko, entered the qualifier for The International 2013. After placing second in the West Qualifier they faced Chinese team RattleSnake in the Wildcard Match. Before the wildcard match the team was signed by Quantic Gaming and therefore entered the tournament as Quantic. 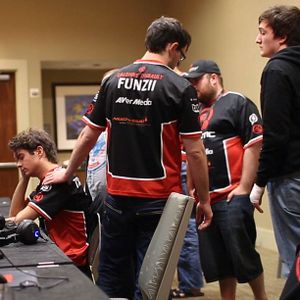 7ckngMad after losing 3-1 vs. RattleSnake in the TI3 Wildcard Match

The wildcard game ended in a heartbreaking fashion for 7ckinMad and his team. After two games the score was tied but RattleSnake managed to take the last two games of the series in a dominating fashion. Rattlesnake managed to eliminate Quantic 3-1 both due to good play from their own team but also misplays from Quantic, with the most famous one being Sockshka stunning a Beastmaster Boar due to a misclick that could otherwise have stunned three enemy heroes.[8] This ended all hopes for 7ckngMad to qualify for the tournament.

In the following months Quantic slowly lost player after player, starting off with Silent leaving to Team Empire and Goblak joining Virtus.pro.[9][10] After Funzii decided to retire, 7ckngMad and Sockshka revealed that they had already formed a new team outside of the Quantic organisation.[11]

The new team, featuring 7ckngMad, Sockshka, Mikkel "miGGel" Berg, Adrian "FATA-" Trinks and Brian "MaNia" Strandby, first went under the name DD.Dota for about a month before a new organisation was willing to step in to sponsor the squad. The organisation that ended up signing the team was the French Sigma.[12] Before joining Sigma MaNia decided to retire and was instead replaced by Pascal "paS" Lohmeier.[13] With this new team 7ckngMad had his most success so far by qualifying for several premier tournaments.

However, Sigma had mixed results at LANs, being able to achieve success at ESWC, Dota 2 Champion's League and Starladder, but having early departures thereafter. Eventually, a last place finish at DreamLeague due to disqualification sealed the team's fate, and 7ckngMad was left to wander around multiple teams.

After short stints on various teams, 7ckngMad was taken in by Alliance, but the team posted mediocre results. After failing to qualify for The International 2015, the team seemed to be on the road to recovery, with top 4 placings at DreamLeague and joinDota MLG Pro League Season 2. However, it turned out to be for nothing, as an early departure from ESL One Frankfurt 2015 would be 7ckngmad's last tournament with Alliance. After parting ways with Alliance, 7ckngMad began wandering the scene once more.

7ckngMad progressively lost prominence as an active player, with low placings on Monkey Freedom Fighters and Kaipi. After serving as an analyst at the Shanghai Major, 7ckngMad became OG's coach and was able to once again show his skills through the team's results. As OG's coach, 7ckngMad proceeded to oversee the team's victories and dominance at the Frankfurt, Manila, Boston and Kiev Majors, all of which were won by OG. Following Resolut1on's departure in March 2018, he was a stand-in player until June before officially filling the offlane position for The International 2018.

In 2020, he would step down from the active roster in January before once again returning in July as Sumail departed the team. In 2021, the team would place in the 7-8th position during TI 10, shortly after Ceb announced his formal retirement. Despite this, Ceb would be a last minute stand-in for Misha as Position 5 during the Stockholm Major in May 2022, helping the new team achieve a championship.