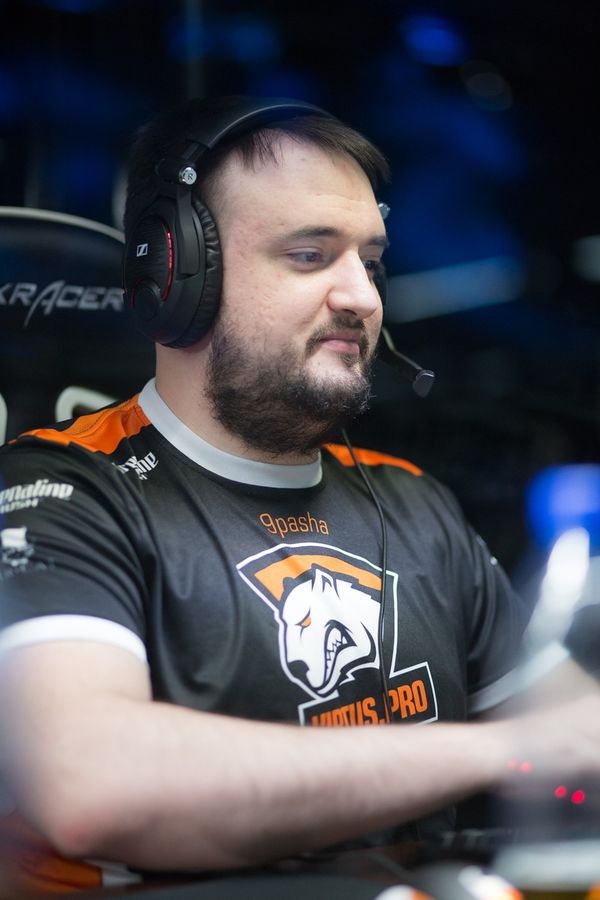 Pavel "9pasha" (pronounced japɑːʃɑː) Khvastunov (commonly referred to as "Pasha") is a Russian professional Dota 2 player who is currently playing for Pari Parni.

Pasha has been playing most of his career in the Offlane position, however, he had a long tenure of playing the Carry role, which started when Mag~, a renowned offlane player, joined Vega Squadron in Spring of 2015. Pasha kept playing the number 1 position through all his time with Vega, and later kept this role in Polarity. However, when he joined Fantastic Five in their efforts to make it through The International 2016 qualifiers, Pasha switched back to offlane.

When Solo was tasked with drafting the new Virtus.Pro squad after TI6, he decided to pickup Pasha as the team's new offlaner. With Virtus.pro, he was able to win eight LAN tournaments, five of which were Valve Majors, and played over 600 matches. However, his results at The International have been disappointing, with two 5-6th-place finishes and one 9-12th-place finish. After over three years with Virtus.pro, 9Pasha was removed from the team in September 2019,[1] following The International 2019. For the coming season, he will be playing for Natus Vincere.