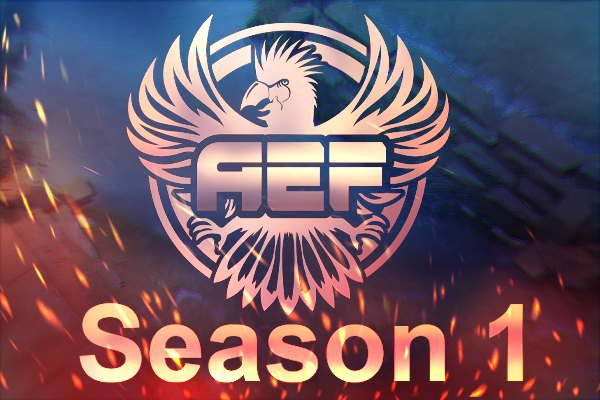 This tournament allows a team to have a maximum of 10 players due to the longevity of the tournament. The team players in the elongated tournament do not necessarily reflect the five player team cards present.

Princes of Persia
The Return
TheLastSpartans1
Natural 9
Da Teletubbies
Skatemasters2
See You Again
Why Should I?

1 Team Nope did not have enough players to commit to playing in this season of AEF and was replaced by The Templars, who are now known as TheLastSpartans.[1]
2 Skatemasters were previously known as NoFancy.

1See You Again got penalised 6 points for rules violations.[2]