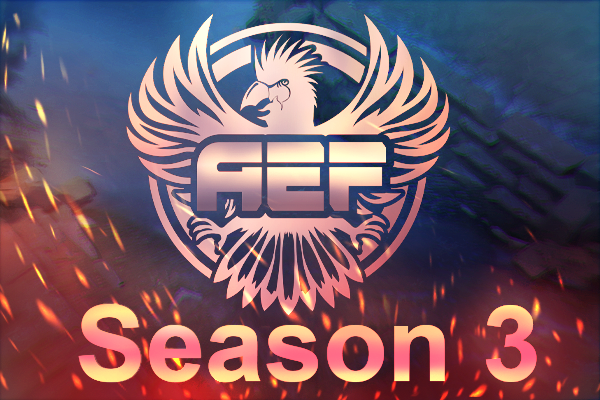 The AEF Dota 2 League an online league tournament organised by Australian eSports Federation returns for its third season with a total prize pool of 4,850 AUD and gaming peripherals, with three divisions. This is the first time AEF has introduced a third division.[1]

The format for Division 1 consists of two stages:

1 Skatemasters forfeited from the tournament on the 13th November and will not be eligible for the finals series and its subsequent series resulted in a defwin to the opposing teams [2]
2 On the 21st November, all results with Skatematers were later offically awarded to their opponents following their exit.

The top four seedings from groupstage of Division 1 play in the final series to determine the final seedings for the tournament. The playoffs start on the 25th November and conclude on the 26th November.

No Lich Gaming
0
Lower Bracket Round 1