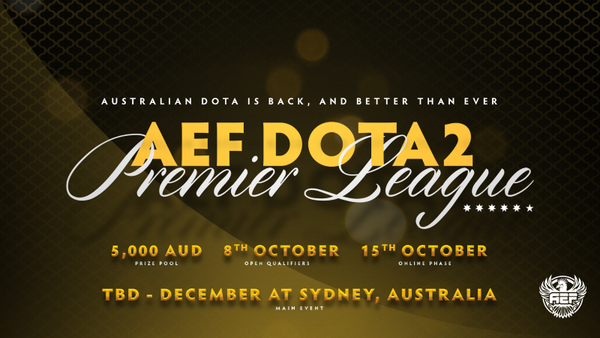 Australian Esports Federation (AEF) returns for another season in October 2018 for Dota 2 with a revamped tournament format called the AEF Dota 2 Premier League. The reformed event sees the tournament into split into two leagues: Premier and Challenger Divisions and retains their pointing system from their previous two seasons. The top three teams in the Premier Division will play at an undisclosed venue in Sydney in December and the winner of the Challenger Division will win a set of peripherals. [1]

The full bracket can be found HERE.

Get Off My Lawn
0