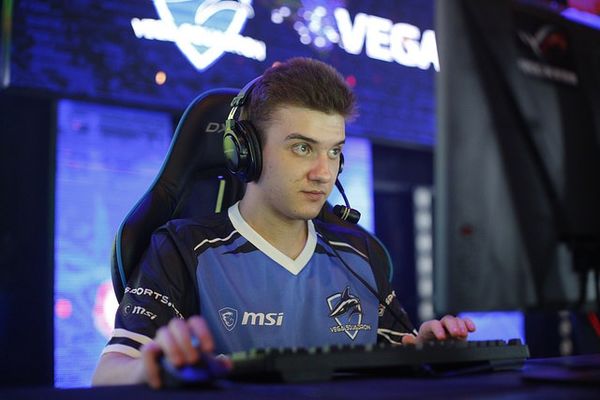 Ilya "ALOHADANCE" Korobkin is a Ukrainian professional Dota 2 player who is currently playing for Natus Vincere.

ALOHADANCE started into the professional Dota 2 scene in late 2013 by playing on FlipSid3 Tactics and then Hellraisers. He played for Team Empire as a stand-in for a period of time after officially being added to the Empire roster in 31st December 2014. He became known to the Dota 2 scene outside CIS after playing on the TI5 Team Empire roster. Empire did fairly well for an underdog team in the group stage, securing an upper bracket spot by winning a tie-breaker match against their CIS rivals Virtus.Pro 2-1. In the main event they lost to LGD Gaming in the upper bracket and MVP Phoenix in the lower bracket knocking them out of the tournament. ALOHADANCE continued to play on Empire until Dota Pit League/Season 4.

After Dota Pit, ALOHADANCE switched to the carry role playing in a short lived Virtus.Pro lineup along with former Empire teammate yoky- and former VP players like fng and G. After that he played for F.R.I.E.N.D.S. lineup continuing to play position 1. ALOHADANCE and G left for Empire. But shortly after rejoined the F.R.I.E.N.D.S. roster again.

On 9th April 2017, he joined Vega Squadron to his former ally G in 2017, playing for Vega till 2018. After which he remains teamless. And according to the information provided from his stream, is open to playing position 1 or 4 whichever suitable.

In September 2019, he returned to active play after more than one and a half years away.