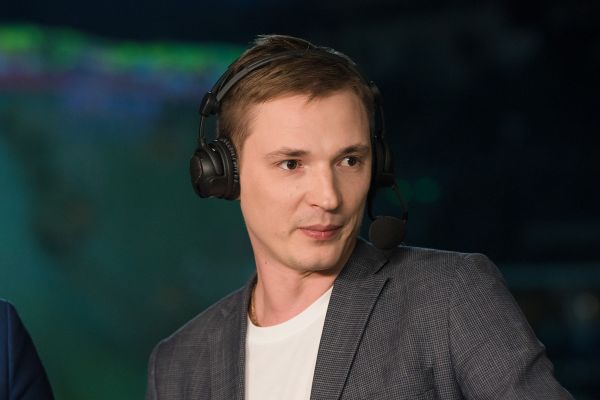 Sergey "Smile" Revin, also known as "ARS-ART", is a Russian former professional Dota 2 player who is currently analyst and commentator.

ARS-ART was part of the Virtus.pro squad that basically ruled the 6.43 to 6.48 era. Winning three consecutive MYM PriDe events, he and Vigoss reached superstar level and became well known worldwide. MYM PriDe #7 is said to have been his main stage. He had a very aggressive play style and heroes such as Nerubian Assassin, Bounty Hunter and Pudge were some of his favorites. Through them he was given the nickname "King of gankers", a nickname which he shared with Vigoss.

Jolie, the team captain of VP back then, shared a few words about ARS-ART. "ARS-ART's (Virtus.Smile) playstyle is very unique, different from any other. His solo-killing ability is simply incomparable, often seizing an opportunity another player would have missed. Even though he is not as good a support player as NS, he can provide many Observer Wards."[1]

ARS-ART also played for the otherwise fully Swedish team SK Gaming during 2008, when they were one of the best teams in the Dota scene.[2] Also featuring players like Loda and Akke, they enjoyed some success with ARS-ART in the team but after a few months he would leave, citing communication problems.[3] Instead he would join the Russian team "Rush3D", captained by PGG and featuring big names such as LighTofHeaveN, DeMoN, NS and iMbaQ.[4] The roster was rebuilt under the name The Retry during 2010. In December 2010 ARS-ART would join DTS to replace their captain ArtStyle.[5] This team stayed with pretty much the same roster even when they switched sponsor, from the DTS organization to Moscow Five, and would continue into Dota 2 together.

ARS-ART played for Moscow Five at The International 2011, placing 5th/6th. After the tournament, M5 brought in Vigoss and PGG, removing ARS-ART from the team. ARS-ART then joined Natus Vincere, filling the void created by Artstyle's departure.[6] The Na`Vi roster would become dominant with ARS-ART on a supporting role. They won almost every tournament they entered up until ARS-ART suddenly left the team in February 2013, citing a bad team spirit.[7] A month later he could be seen standing in for Virtus.pro, and he would soon become a permanent member of their roster.[8]

After playing with Virtus.pro for more than half a year during 2013, he was kicked from the team as the roster was rebuilt in the post-TI3 reshuffle.[9] However, only just over a month later he was brought back into the team.[10] During the period Autumn 2013-Spring 2014 the VP roster did not enjoy any particular success, with frequent accusations of under-performance being directed at them.[11] Therefore, they came into The International 2014: European Qualifiers as underdogs.[11] However, after some stellar performances by ARS-ART on Natures Prophet, they would finish second and earn a slot in The International 2014: Play-In Series in Seattle.[12]

Leaving Virtus.pro shortly after TI4 and briefly appearing in Moscow 5 and sQreen's Squard, ARS-ART took a position of an analyst and commentator for StarLadder and the Russian TI5 hub.